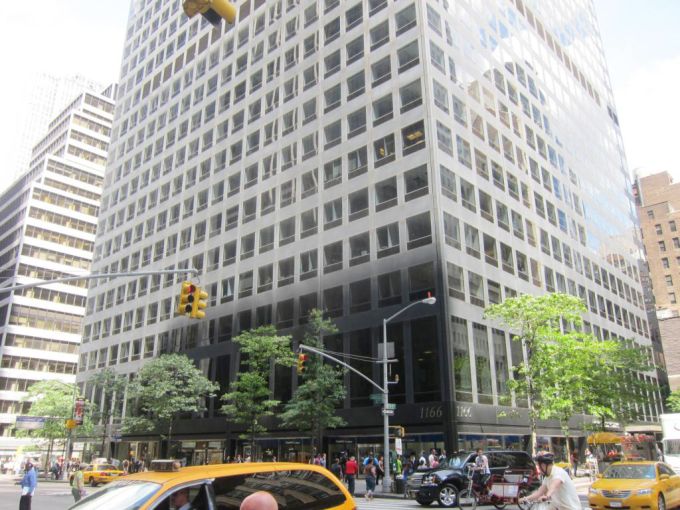 Sprint Communications will be staying put in nearly 40,000 square feet at Edward J. Minskoff Equities‘ 1166 Avenue of the Americas between West 45th and West 46th Streets.

The telecom titan has inked a 10-year lease renewal for 39,075 square feet at the 1.6-million-square-foot building, according to a press release from JLL, which represented Minskoff in the transaction. Sprint occupies the Midtown tower’s entire second floor. The asking rent was in the mid- to upper-$80s per square foot, according to a spokesman for JLL.

CBRE’s Robert Hill and Timothy Hay represented Sprint. CBRE declined to comment on the deal via a spokesman.

“1166 Avenue of the Americas is a key location for Sprint,” Mr. Glickman said in prepared remarks. “The telecommunications company’s space at the office tower includes a Sprint executive briefing center, one of four centers that Sprint operates throughout the United States. The [executive briefing center] allows Sprint to offer tailored briefings and interactive discussions to prospective customers to demonstrate how the telecommunications company can meet their business objectives.”

Minskoff is in the midst of a multimillion-dollar capital improvement program at the 44-story building, according to the JLL release. The plan—expected to be completed in mid-year 2016—includes upgrades to the office building’s lobby, lighting and security.