Related and Oxford Close $2.2B in Debt for Office and Retail Developments at Hudson Yards 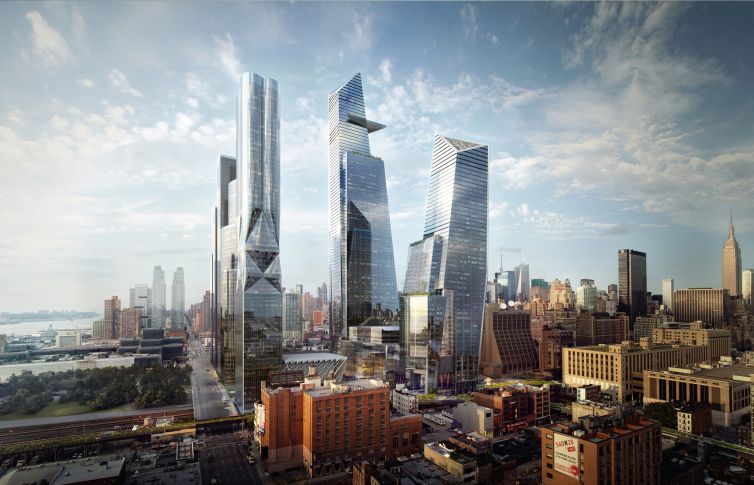 Related Companies and Oxford Properties Group have tapped seven national and global lenders to lead $2.19 billion in debt as part of a total $5 billion in financing for 30 Hudson Yards and the coinciding Shops & Restaurants at Hudson Yards.

As a part of the $5 billion financing package, which includes equity from the developers and tenants at the properties, Related and Oxford secured a $690 million loan from Bank of America Merrill Lynch, Wells Fargo and Canadian Imperial Bank of Commerce for the office condominium tower at 30 Hudson Yards, according to a press release from the developers. The sponsors also sealed the deal on a $1.5 billion loan from Bank of China, Deutsche Bank, Industrial and Commercial Bank of China and Crédit Agricole for the property’s retail and dining complex. Both loans closed on Friday.

“Both of these loans had to close simultaneously, so there was a lot of back and forth coordinating between the two loans,” Jeff Blau, Related’s chief executive officer, told Commercial Observer by phone. “We ultimately closed both loans ahead of the syndication.”

The $690 million loan on the 90-story office tower carries a term of five years, according to another person with knowledge of the deal. Bank of America is acting as the administrative agent on the loan, which will be syndicated in January, and approximately eight banks, including Citizens Bank and TD Bank, are expected to buy into the deal, the source confirmed.

“This was a unique project from its scale, size and the fact that its an office condominium use,” said Brad Dubeck, commercial real estate banking executive for the New York and New Jersey markets at Bank of America. “Related and Oxford made a very good decision in pre-selling a number of the units to help the financing move forward. The banks that closed showed a lot of creativity with the structure and closed ahead of syndication. It is not only a testament to ourselves, but to the banks we worked with.”

Jeff Dybas, a senior relationship manager at Bank of America, who worked on the office loan, echoed that sentiment. “We took the syndication risk of going to market post-closing,” Mr. Dybas told CO. “It’s not a usual deal in New York to have an office condo play.”

Construction is underway at 30 Hudson Yards and the office tower is scheduled for completion in 2019. Time Warner, Wells Fargo and the private equity firm KKR and have purchased office condos at the building. Oxford and Related will also own space in the building.

“Wells Fargo’s commitment to purchase half a million square feet not only signifies the completion of tenancy for 30 Hudson Yards, but further solidifies Manhattan’s West Side as the ideal choice for businesses that want a 21st century, best-in-class, mixed-use neighborhood environment for their employees,” Stephen Ross, Related’s chairman, said in prepared remarks in the release from the developers.

CO reported in October that Bank of China and Deutsche Bank would co-lead the $1.5 billion construction loan on the seven-story, 1-million-square-foot retail and restaurant complex at Hudson Yards. The shopping destination is scheduled to open in 2018, anchored by a 250,000-square-foot Neiman Marcus, in addition to 100 other businesses, including Thomas Keller’s new restaurant.

The Shops & Restaurants at Hudson Yards is expected to attract more than 24 million people and generate an estimated $1 billion a year.

“In the past few weeks alone we have closed on over $6 billion of capital, announced commitments to purchase commercial space by both KKR and Wells Fargo and added two new chefs to our restaurant offerings,” Mr. Blau said in prepared remarks in the release. “These transactions represent a tremendous inflection point for Hudson Yards and the continued transformation of the West Side.

“The depth of commitment from our global roster of lenders, investors and tenants evidences not only the strength of Related and Oxford, but reflects the confidence in our collective vision for Hudson Yards as the new heart of New York,” he added.