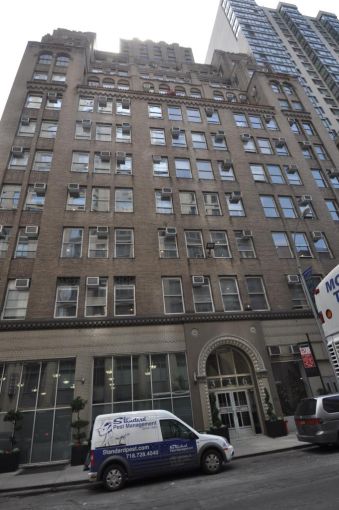 Development on the Far West Side has been attracting tenants big and small. Sure, there are the esteemed law firms signing on to Brookfield Property Partners’ Manhattan West, or to the Related Companies and Oxford Properties Group’s Hudson Yards. But Commercial Observer has learned that smaller companies want to be closer to the action.

Take for instance ABC Imaging, which inked a 15-year deal for ground-floor retail space at 336 West 37th Street between Eighth and Ninth Avenues, according to the tenant’s brokers. The printing shop will be in 9,000 square feet at the base of the 150,000-square-foot building, per the brokers. Asking rent in the deal was $66 per square foot.

“With the Hudson Yards coming up in the area, ABC Imaging decided that moving from the East to the West side was an affordable and effective way not only to maintain current customers but, also to attract newer clients from the Hudson Yards area,” David Green of Kassin Sabbagh Realty, who represented both the tenant and the landlord with colleague Jordan Raphan, said in an email.

ABC Imaging is moving from 14 East 38th Street between Madison and Fifth Avenues, according to the brokers. The shop leased about half its new foothold: CoStar shows it was in about 4,500 square feet at the 73,000-square-foot building.

“With their business in Manhattan growing rapidly, it was very important for ABC Imaging to find a space that fit their needs,” Mr. Raphan emailed. “And the location at 336 West 37th [Street] made the most sense.”