Ocean Grill Sues UWS Landlord for Forcing It to Shutter 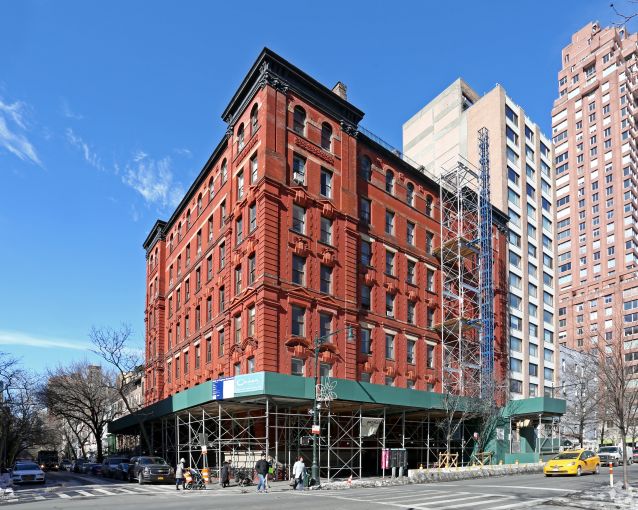 Upper West Side seafood staple Ocean Grill slapped its landlord, the GTIS Partners-led 101 West 78th LLC, with a lawsuit yesterday alleging that construction to convert the building to a residential condominium ultimately forced the eatery to close its doors this past Sunday following a nearly 20-year run.

Since commencing construction in 2012, Ocean Grill claims that the landlord placed barriers and a large hoist in front of the restaurant at 384 Columbus Avenue between West 78th and West 79th Streets, also known as 101 West 78th Street, blocking the entryway. The construction also caused flooding to the location and “excessive noise, vibrations, odors and dust,” the lawsuit alleges.

The restaurant says in the New York State Supreme Court filing that renovations at the landmarked property, which is also known as 101 West 78th Street, caused its profits to decrease annually. Ocean Grill is suing for at least $6.4 million and is asking to be let off the hook from paying rent until its lease expires in 2021.

“Throughout this process we fought vigorously to enforce our rights and protect the restaurant,” said Tom Brown, Ocean Grill’s director of operations. “Unfortunately, we were unsuccessful and the disruption caused the once outstanding restaurant to suffer significantly.”

GTIS has yet to see the lawsuit, a spokesman said. But during negotiations before the suit was filed the company offered “rental concessions” as well as capital to renovate the restaurant—and that offer is still on the table, according to a statement from GTIS. The company’s spokesman noted construction at the building is still ongoing.

“Yesterday afternoon we learned that Ocean Grill closed. We were very sorry to hear this news,” GTIS’ statement said. “We had been working with management to keep the restaurant open as we believe it’s an asset to the community and the building.”

Ocean Grill first opened on the Upper West Side in 1997 and in 2011, signed a lease renewal for 10 years, the suit indicates. The asking rent was $127 per square foot, according to CoStar. At the time, the restaurant proprietors were able to negotiate stipulations preventing construction from blocking paths of egress, ingress and light, and agreements to pay for loss of property or damages caused by construction.

“My client’s complaint speaks for itself,” Ocean Grill’s attorney Stephen Meister of Meister Seelig & Fein, told CO. “We intend to hold GTIS Partners accountable for their breach of the lease.”

Newcastle Realty Services, which was not named as a defendant in the suit, purchased the building in 2011 for $50 million, according to The Real Deal. The company sought to convert the 44-unit rental building into a 24-room luxury condo, as The New York Times reported. GTIS partnered with Newcastle in August 2013 for the conversion project, but this June GTIS bought Newcastle’s stake in the property, a spokesman representing GTIS told CO.

Before the buyout, the building was already caught up in a scandal. In June, New York State Attorney General Eric Schneiderman fined Newcastle $1.2 million (dating back to before GTIS bought into the building) for illegally evicting five rent-stabilized tenants from the building. The landlords were forced to allow the 11 remaining tenants in the building to live there rent free for two years.