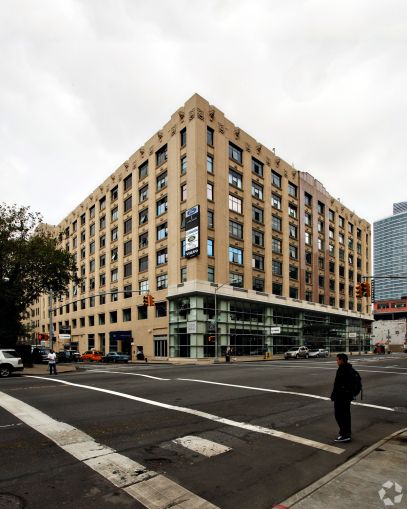 BNF Automotive Group, the parent company of Jaguar of Manhattan and Land Rover of Manhattan, signed a 25-year lease for a sprawling amount of retail space at 787 11th Avenue for the two companies. In addition, Nissan and Infiniti will will be joining the dealership at the location between West 54rd and West 55th Streets.

The 265,000-square-foot deal also includes a renovation of the dealership, which will take up the top five floors of the eight-story building, according to a press release by owner The Georgetown Company.

“We were extremely fortuitous,” said Adam Flatto, Georgetown’s chief executive officer, told Commercial Observer. “You’re seeing a real commitment to creating state-of-the-art facilities for each one of the brands.”

Mr. Flatto declined to provide the asking rent in the deal.

Georgetown purchased the building earlier this year in partnership with an Ackman family fund for north of $250 million. CO reported this summer that Bill Ackman, the founder of Pershing Square Capital Management, was planning to move the hedge fund to the building and install a tennis court on the roof.

Rafael Viñoly, who designed the towering 432 Park Avenue, has been brought in to redesign the upper portion of the 87-year-old structure into a high-tech office building, according to The New York Post, which first reported news of the deal.

Renovations of the dealership space will start at the beginning of next year, per the Georgetown release. In the meantime, Nissan and Infiniti will have an interim showroom nearby at 748 11th Avenue at the corner of West 52nd Street. Nissan was previously located at 662 11th Avenue between West 48th and West 49th Streets, while Infiniti of Manhattan was located at 646 11th Avenue (both of those locations are listed online as closed).

“Our vision is to transform the current idea of a typical Manhattan dealership into one that can deliver superior experience which will exceed expectations for our loyal and future clientele and which will be clearly recognized as added value when purchasing, leasing or servicing your automobile,” said Gary Flom, the president and CEO of BNF, in prepared remarks. “As we embark on this new transformational project, we look forward to once again revolutionizing luxury car buying in Manhattan.”