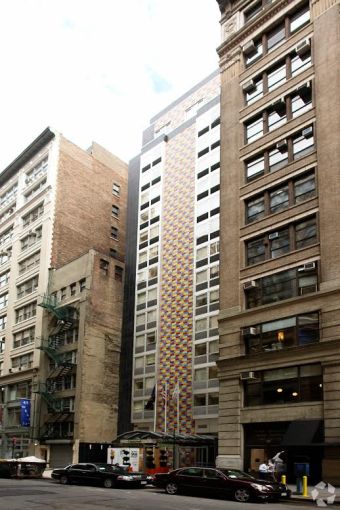 With a blistering court battle between its founders raging in the background, Gemini Real Estate Advisors has auctioned off the Wyndham Garden at 37 West 24th Street yesterday to hotel developer Fortuna Realty Group in U.S. Bankruptcy Court for the Southern District of New York.

Fortuna placed a winning bid of $60 million on the property between Broadway and Avenue of the Americas, outpacing the stalking horse bid of $57 million by Bridgeton Holdings. The sale is expected to close in early 2016, according to a Gemini news release.

It marks the third Manhattan hotel that Gemini has auctioned this month in following bankruptcy filings in September. Bridgeton Holdings purchased the Jade Hotel at 52 West 13th Street in Greenwich Village for $78 million in an auction on Dec. 1 and the same day the Howard Hughes Corp. purchased the Best Western Seaport at 33 Peck Slip for $38.3 million.

“Today’s proceeding moves us forward, bringing us one step closer to our ultimate goal,” Dante Massaro, a co-founder and chief executive officer of Gemini, said in a prepared statement. “We are confident that this sale is in the best interests of all of our stakeholders—confidence that has been confirmed through the positive feedback we have received from our investors throughout this long and involved process.”

Gemini is expecting to auction off a fourth property soon—a vacant development site near Bryant Park at 36 West 38th Street. That site is currently being marketed in hopes of finding a stalking horse bidder, and is expected to sell early 2016.

While the sell-off continues, Gemini’s three co-founders are still facing off in court. William Obeid, a founding member, filed a lawsuit against Mr. Massaro and the other co-founder Christopher La Mack last year and put lis pendens—filings that shows that there is a lawsuit regarding title of land pending—on the properties.

Messrs. Massaro and La Mack filed for bankruptcy on the hotels and the vacant site to get the lis pendens removed, so they could sell the properties.