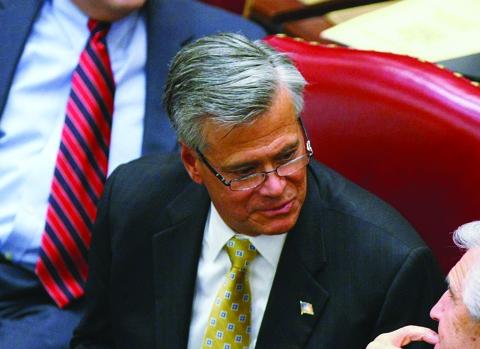 Former State Senate Republican Leader Dean Skelos and his son Adam Skelos have been found guilty of all counts in a corruption trial today—the second conviction of one of an elected Albany power-broker in recent weeks.

“How many prosecutions will it take before Albany gives the people of New York the honest government they deserve?” U.S. Attorney Preet Bharara asked in a tweet shortly after the verdict was read. Today’s conviction comes just weeks after Mr. Bharara scored another major political conviction when a jury found former Assembly Speaker Sheldon Silver, a Democrat who had ruled that body for decades, guilty of corruption charges.