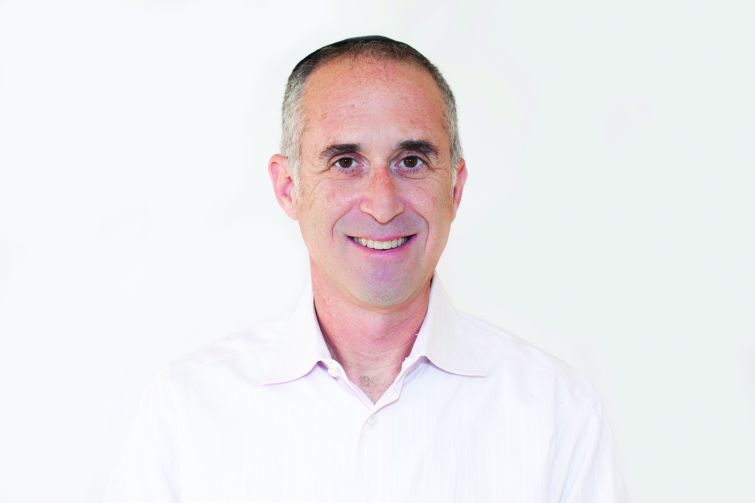 Ely Razin started CrediFi with venture capital firm Battery Ventures in 2014. Since CrediFi’s start, the data platform and its 50 employees provide users with information on $2.4 trillion in debt across 1.5 million properties in the U.S., ranging from securitized to unsecuritized loans. With his abundant access to information, Mr. Razin told Commercial Observer about the trends the commercial real estate finance market has seen in 2015, who some of the biggest players have been and what asset classes and markets have been getting the most action.

Commercial Observer: What’s the story behind CrediFi and how the site got started?

Mr. Razin: Battery Ventures approached me—at the time I was an executive at Thomson Reuters—with this idea, and funding, for a central financial data hub for commercial real estate finance. The premise? CRE finance has trillions of loans and bonds in the U.S. alone and is populated by banks, hedge funds and passive asset managers. Yet, it doesn’t have a central data hub like Bloomberg, Thomson Reuters or others. Battery Ventures did a lot of research with partners to scope the opportunity and came to the conclusion that the opportunity was great: there was a real need, especially post-recession, and no one had a one-stop shop where CRE financial data was available and actionable. We immediately went into action and started to build CrediFi.

How many people are on your team now?

You and your employees raised $8 million in funding for the site earlier this year. What enhancements has that money gone to?

Actually, we’ve raised $10 million so far from Battery Ventures, Carmel Ventures, OurCrowd, as well as several other seed investors, all of whom are deeply committed to helping advance the needs of CRE finance markets.

As to where the money is going? Toward our customers. We focus our investments on their expressed needs and we hear some pretty common things from them. Lenders and mortgage brokers want to know where they can deploy capital so we’ve just released a big database of loan opportunities, showing ultimate owners’ names, assets, phone numbers and even email addresses. This serves both balance sheet opportunities and commercial mortgage-backed securities opportunities.

Owners, who are also borrowers, want to know where they can find cheaper capital or good backers so we also have lender profiles that highlight lenders’ portfolios, their recent activity and their lending rates. Not only does this help borrowers, but it also helps lenders assess competitors’ activity—what they’ve won and lost, their offering and market presence.

Lastly, of course, real estate is a nationwide asset class, and we are now launching expanded national market coverage.

In what other ways has CrediFi grown since you launched it?

Our client base is growing, of course, particularly among financial institutions and finance brokers. Likewise, our media presence has increased dramatically, with our data experts partnered with a number of media outlets—we’re proud to work with Commercial Observer, and we’ve just launched a weekly column in Forbes, for example.

What are some of the biggest trends in commercial real estate finance that you’ve been seeing in your research?

We’re bullish on CRE finance. There’s substantial capital flowing into the market and our data show that lending activity is measurably up—just one example: in New York City, an estimated $30.8 billion in loans were issued in the first half of this year, higher than the same period last year. Overall, interest rates are still low and the maturity wall means loans need refinancing.

Further, while some call the major markets “picked over,” we actually see lots of opportunity amid the loans ripe for refinancing. In our system, thousands of them are still untapped. The coming months represent a great opportunity for borrowers to lock in great rates and lenders to secure new deals.

What is the biggest debt deal you’ve seen so far in 2015?

You would expect the answer to be a typical New York City office building—and there are plenty of those this year: the MetLife Building at 200 Park Avenue financed by Bank of America; 1095 Avenue of Americas financed by Deutsche Bank stand out, as does Willis Tower in Chicago.

However, there are other real estate-backed loans out there that we also track. One of the most interesting CRE loans we saw “showed up” in Boston, for $2.3 billion backed by a retail location on Boylston Street. In truth, that loan was part of a big merger and acquisition deal involving Albertsons Companies, Inc. and that loan was a “flag” for the deal.

What differences are you seeing in lending within individual markets?

There’s a different mix of lenders in each market, which shows not only different strategies and pricing, but also different brokers and relationships in each market. National players, and strong local ones, lead our league tables in markets likes New York and Chicago. One caveat: “local” and/or “national” can mean a foreign lender who set up shop in the U.S. In New York, good examples are Deustche Bank and, in earlier years, Bank of China. By contrast, Chicago is predominately a local and national lender’s story, with less foreign investing.

There are differences by asset class. For example, the hometown guys, and I’ll include New York Community Bank, J.P. Morgan Chase and Signature Bank in there, dominate multifamily lending in New York, while big national and international players take the stage for large trophy office lending.

Some markets work differently. Take Boston, which is interesting in that local lenders compete with insurance companies for much of the market. We see national players much less active there, and in 2015, really only larger deals get done with the national banks.

Each market is focused on differently by lenders—and both they and their borrowers need to be aware of who’s out there and how to deploy resources to make sure they’re set up for success.

Which markets of the ones you just mentioned are seeing the most foreign lending activity?

New York, for sure. There are so many lending opportunities and foreign investors see New York real estate as a safe haven, a stable investment and a statement about themselves.

Where should borrowers go?

Borrowers today are in a good place—but it is a tale of two markets. Overall, there’s lots of capital flowing into the CRE markets and the right assets and borrowers. In the right markets, borrowers can have their pick of lenders.

At the same time, CRE has a really long tail of other buildings and players and they often don’t get the full set of financing choices. Among other reasons, not every borrower or lender is able to get its message out. The right broker can help, but so can fuller online information. After all, we all do loads of research online for $200 plane tickets and we should certainly do the same for $2 million—or $200 million—loans.

What property types are seeing the most lending activity so far in 2015?

Multifamily dominates the stock of commercial buildings in many big cities, certainly in New York City. No surprise that we see the most money and the highest number of deals in that space. The recently announced Stuy-Town deal is one standout example. However, the glamour award goes to office lending in New York, where we’ve seen several billion-dollar loans made in 2015, including the News Corp. Building at 1211 Avenue of the Americas and the Crown Building on Fifth Avenue. With different asset classes in mind, it’s also important to mention that we see some specializing in 2015, in health care, as just one example.

What are your plans for CrediFi looking ahead?

Our whole purpose is to empower lenders and borrowers by arming them with meaningful information so they can make the best decisions possible. To that end, we will continue to work hand-in-glove with our clients and the greater CRE community to build a better marketplace.