China’s Love Affair with U.S. Property is Far From Over 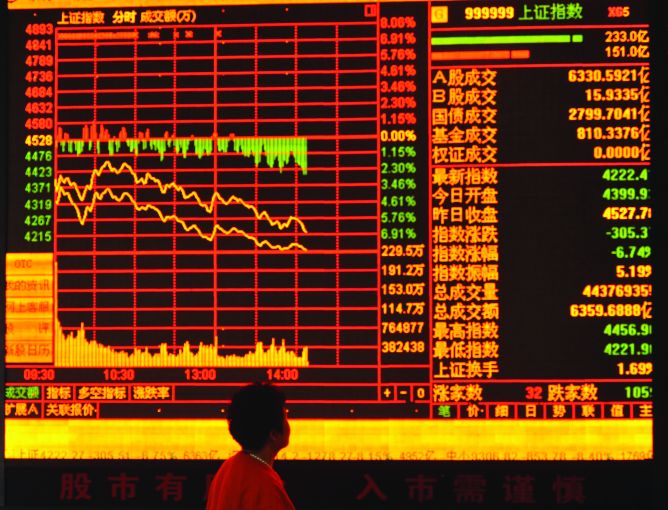 “The yuan has fallen about 2.5 percent so far. On the face of it, that’s not enough to hinder deals,” Jim Costello, a senior vice president at Real Capital Analytics, told Commercial Observer.

SEE ALSO: Office Air Filtration In the Spotlight as Workers Trickle Back

In recent years, Chinese developers and lenders have stayed particularly busy in Manhattan, the unofficial capital of one of the largest gateway cities in the U.S.

The Beijing-based insurer Anbang Insurance Group completed its acquisition of the Waldorf Astoria New York in February 2015, while the rapidly growing real estate firm Kuafu Properties has snapped up five sites for luxury condominium projects in the past two years—its latest acquisition at 143-161 East 60th Street for $300 million. At the same time, Bank of China has remained among the most active lenders in the city.

Year to date, Chinese investment in Manhattan real estate has reached $4.4 billion—including the $1.95 billion Waldorf Astoria purchase—up from $645 million in 2014, according to RCA. It’s the clearest signal that Chinese enthusiasm for New York properties has not waned.

While the need to diversify assets amid China’s turmoil is an obvious reason, industry observers say interest rates are another major factor.

“Chinese developers will continue to invest in foreign markets because it’s still difficult for them to raise funds domestically,” said Andrew Polk, an economist at the Conference Board who is based in Beijing. “There is still an interest-rate differential between China and the U.S., despite the fact that the gap has shrunk.”

Since November 2014, the Chinese government had slashed interest rates six times in a bid to shore up an ailing economy.  Much of that has been driven by an ongoing property slump and a steady increase in outstanding debt loads.

The Shenzhen, China-based developer Kaisa Group Holdings raised a red flag when it defaulted on its offshore bonds, The Wall Street Journal first reported in January 2015.

Meanwhile, the Shanghai-based developer Glorious Property Holdings has fallen behind in paying back 10.5 billion yuan ($1.6 billion) in loans, stoking fears among offshore investors. However, the company recently cleared $300 million in bonds right before they came due this October, according to public filings.

Those defaults and delayed payments, among others, have cast uncertainty over the ability of some Chinese borrowers to repay their debts.

Within China, the risks and rewards are more tempered. Local real estate investment in the country grew just 5 percent in the first half of 2015 compared with the same period last year. That number has averaged more than 20 percent from 2005 to 2013, according to China’s National Bureau of Statistics.

“Basically, China wants a real estate correction to some extent,” Mr. Polk said. “They had to put administrative moves to ensure that they’re not stimulating the part of the economy that they want to be slowing.”

The gradual loosening of financial rules imposed on China, however, gave the country’s insurance industry a lift. In 2012, regulators eased rules for Chinese insurers to diversify their portfolios, and be able to hedge against risks from local construction loans on housing developments.

Just last year, the China Insurance Regulatory Commission bumped up the limit on insurers’ real estate investments to 30 percent of their total assets. That opened the door for such firms to deploy capital in the U.S., as evidenced by China Life Insurance Company and Ping An Insurance Group’s first investments overseas, in Tishman Speyer’s mixed-use project in Boston’s Seaport District.

Another key part of Chinese reforms is to allow market forces to determine China’s exchange rate, in a bid to secure an official reserve status from the International Monetary Fund. The People’s Bank of China (PBOC) has set a trading band of 2 percent above or below the daily fixing, though it jolted markets with a yuan devaluation in August.

“In order for China to keep its interest rate low, it has to allow further depreciation in the next 15 months,” Mr. Polk said.

As of Dec. 9, China’s yuan closed at 6.4378 per U.S. dollar on the mainland, hitting a four-year low. The PBOC set a midpoint rate at 6.42 before the market opened on Dec. 10, marking its lowest level in more than four years.

“Compared to other currencies, the changes in the value of the yuan versus the U.S. dollar have been relatively measured,” said Sam Chandan, the founder and chief economist of Chandan Economics and a columnist for this publication. “At least at this point, institutional demand from China into the New York City market remains reasonably healthy.”

Additionally, Chinese investors have been targeting U.S. neighborhoods with high concentrations of Chinese American communities. Those investors are now branching out to smaller markets amid growing concerns over aggressive real estate pricing in major cities.

In an interview with CO this August, Kuafu’s chief executive officer, Shang Dai, said his firm is eyeing multifamily developments in Brooklyn, Queens and New Jersey.

Houston is also on the rise, with $140 million in total investments from Chinese firms year-to-date, beating traditional strongholds such as Chicago and Los Angeles, according to the RCA data.

Still, incoming investors remain cautious given the energy downturn in Houston, where crude oil prices have continued to plummet over the past year.

“There are certain pockets in Houston that are still very active, but within miles of radius from drilling areas, development activity has slowed down,” said Wendy Cai Lee, executive vice president and head of the Eastern and Texas regions at East West Bank.

Overall, however, more Chinese firms are eyeing risky situations in the states that other investors have ignored, Mr. Costello said, citing a deal in Houston’s Galleria neighborhood.

Through its investment arm, the China State Construction Engineering Corporation (CSCEC) made its first U.S. purchase with Broadstone Post Oak apartments, a luxury multifamily property near Galleria. CSCEC started as a state-owned enterprise and went public in 2009.

While China’s appetite for U.S. property looks healthy in the short run, a shift in investor sentiment might start to surface going forward. One monkey wrench in the system would be changes to internal Chinese policies.

Still, it is unclear how much the country’s policies will change in the near future, Mr. Costello said. “I don’t think they will impose new controls on capital leaving the country,” he told CO. “Their ultimate goal is to be included at the big kids’ table.”

Recently, China earned IMF’s green light to join its elite club of currencies. As the country inches toward a more liberalized financial system and looks to establish the yuan as a global reserve currency, experts say that will likely trump the impact of the slowdown in China’s economy.

“The U.S. real estate investment is a rainy-day fund and hedge against both risks about the Chinese market slowdown but also uncertainty about fears of being swept up in the anti-corruption campaign,” said Joseph Foudy, an economics professor at New York University. “Keeping a percentage of their net worth outside the country and safe is more important than a particular financial return on their real estate investment.”