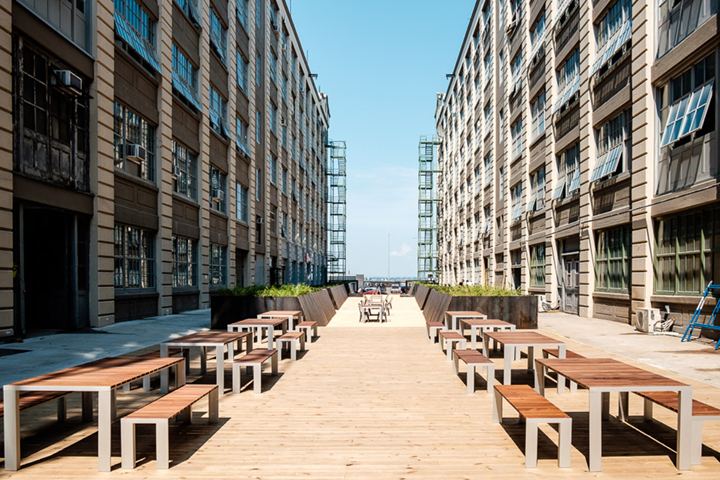 A modified commercial mortgage-backed securities loan on Brooklyn’s Bush Terminal—now Industry City—was written off on Dec. 11 when new remittance data showed that the hope note on the loan suffered full losses, according to a report from Trepp.

A $220 million loan provided by Bank of China and SL Green Realty Corp. on the property is being used to refinance existing debt on the 6-million-square-foot commercial complex in Sunset Park, Brooklyn, as Commercial Observer reported in October.

But the new financing package does not cover the $300 million originally taken out in CMBS debt, which has resulted in losses to bondholders of the original conduit deal. The refinancing closed on Dec. 4 and comes with a “good news facility,” which allows for additional funding on top of the $220 million. (It was not immediately clear what the future funding would be used towards.)

After the original borrowers—a group of investors led by Rubin Schron of Cammeby’s International and Abraham Fruchthandler of FBE Limited—defaulted on the loan in January 2011, special servicer LNR Partners reshuffled the debt on the property into a $190 million A-note and a $110 million B-note in April 2012.

The recent remittance data for the previous financing showed that the A-note, which had a remaining balance of $158.3 million, was paid off in full, while the B-note, which carried a remaining balance of $84.5 million, was liquidated entirely. Those losses will affect the F, G and H tranches on the GC11 deal, as well as half of the E tranche, according to Trepp. Although the loan has 22 months until maturity, the payoff of the Bush Terminal deal carries no prepayment penalty.

Jamestown Properties, Angelo, Gordon & Co. and Belvedere Capital joined Cammeby’s and FBE Limited in the ownership of Industry City in 2013. Earlier this year, the sponsors implemented a $1 billion, long-term renovation plan. In addition to leasing out the buildings, the owners plan to upgrade the infrastructure, grow the retail and dining components, improve transportation options and build a hotel on the premises.

While the massive redevelopment project is now attracting technology, advertising, media and information (TAMI) tenants, as well as seasonal shopping attractions Brooklyn Flea and Smorgasburg, the buildings themselves have been through some rough times.

Several industry players CO spoke to felt that the recent losses could have been far worse. The property was appraised at $570 million at the time of securitization in 2007. That number took a major hit with a 2011 appraisal of $137.1 million. The following year, Hurricane Sandy almost literally put the property underwater.

Representatives for LNR and Industry City declined to comment.