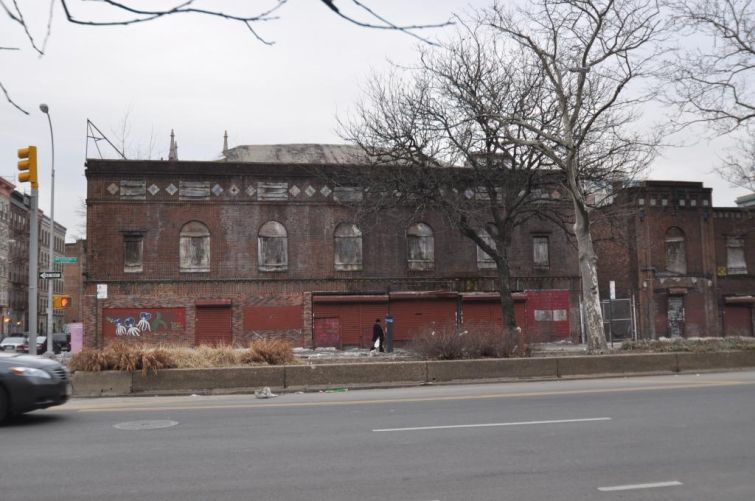 The Renaissance Ballroom and Casino in Harlem (Image Courtesy: PropertyShark).

Santander Bank has lent New York-based BRP Companies a $53.2 million construction loan for the development of a mixed-income residential rental complex, called The Renny, in Central Harlem, according to records filed with the city yesterday.

Once completed, BRP’s The Renny will total over 200,000 square feet, with 20,840 square feet designated for of community space and 17,500 square feet of retail, according to BRP’s website. The residential portion of the building will total 134 units, 80 percent market-rate and 20 percent affordable based on the area median income, according to a spokeswoman for the company.

“The Renny will add greatly needed affordable housing to the New York City and Harlem community, and offer first class amenities at attainable price points,” said Steve Smith, managing director at BRP. “We look forward to working with community residents and local leaders to ensure that The Renny is a success.”​

BRP acquired the site, located at 2341-2349 Adam Clayton Powell Jr. Boulevard, in May 2014 from Abyssinian Development Corporation for $15 million, according to BRP. Abyssinian, a not-for-profit led by Reverend Dr. Calvin O. Butts that focuses on community development in Harlem, acquired the property in the 1990s, according to The New York Times, but never followed through with any development plans.

The property, which sits on the corner of Adam Clayton Powell Jr. Boulevard between West 137th and West 138th Streets, was never designated a landmark, to the dismay of many locals and preservationists. The Renaissance Ballroom and Casino opened at the site in the 1920s and hosted a range of cultural events. Duke Ellington’s orchestra performed at the ballroom, and the New York Renaissance, or more commonly called the Rens—the first all-black professional basketball team—played there. However, the building sat empty for over three decades.

The project is 16 percent completed, the spokeswoman said, and is slated to open in 2017. The building is expected to receive LEED-Silver certification, and will feature solar panels, a green roof, an energy-efficient boiler and water-saving plumbing.