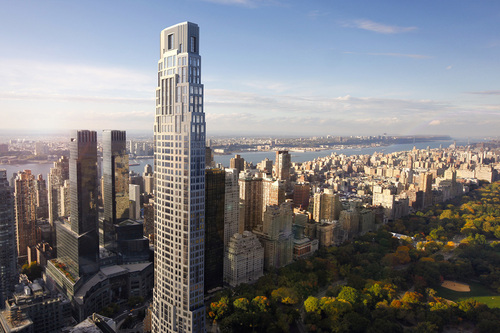 Vornado Realty Trust received a $750 million loan facility for its massive luxury residential development at 220 Central Park South with $187.5 million of the debt drawn upon at closing, the company announced.

The financing carries two one-year extension options and an interest rate of Libor plus 115 basis points. There is a 20 basis point fee per annum on the unused portion of the loan, according to the borrower.

The unsecured, delayed-draw loan facility matures in October 2018 and must be drawn upon in its entirety by October 2017.

In 2014, Vornado received a $600 million construction loan from Bank of China to finance the development of 220 Central Park South. The national real estate investment trust increased that loan’s total amount to $950 million this September.

Vornado holds $2.5 billion in revolving credit facilities, in addition to the $750 million line of credit, according to the company.