To Declare, or Not to Declare Bankruptcy? 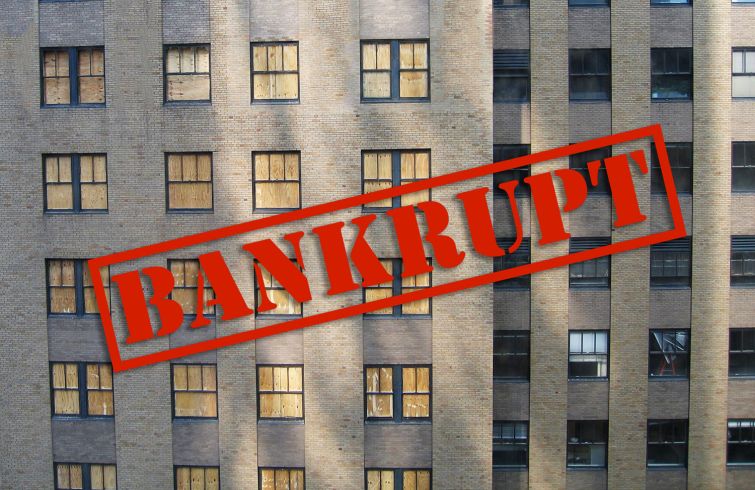 The weather is starting to get cooler in New York City, but the same cannot be said about the Big Apple’s commercial real estate market.

Investors who are buying and developing properties on the whole are doing just fine repaying outstanding debts to their lenders. But when the economy contracts, as is inevitable, real estate owners will increasingly seek to restructure and eliminate debts. At that point, the number of Chapter 11 bankruptcies—which has been minimal—is likely to rise, as it has in prior slowdowns and recessions.

“I do think there’s going to be an uptick in them,” said Edward Neiger, a managing partner at ASK LLP. He noted that liquidity is drying up and the U.S. Federal Reserve is expected to soon raise interest rates.

When investors end up in financial distress, a federal Chapter 11 reorganization  may allow a company to stay afloat while restructuing or eliminating some of the debt it owes.

Mark Edelstein, a partner and chair of the real estate finance and distressed real estate practices at Morrison & Foerster who was instrumental in the $8 billion bankruptcy of Extended Stay Hotels and the $27 billion bankruptcy of General Growth Properties, said about the popularity of bankruptcy filings: “It will happen again… It’s the nature of real estate.” Of particular concern, Mr. Edelstein said, is a future slowdown in the condominium market—just how long will there continue to be rich foreign buyers ready to plunk down big bucks for luxury New York City apartments?

“If the bubble pops, then it’s going to present an issue for commercial real estate owners. But we all hope that won’t be the case,” said Jon Dorf, a managing partner and co-chair of the real estate department at Dorf & Nelson in Rye, N.Y.

Looking to move a series of hotel sales forward, Gemini Real Estate Advisors has filed a case under Chapter 11 of the United States Bankruptcy Code to auction four properties—Jade Hotel at 52 West 13th Street, Wyndham Garden at 37 West 24th Street, Best Western Seaport at 33 Peck Slip and a development site near Bryant Park at 36 West 38th Street—worth nearly $200 million, while its founders are fighting in court, as Commercial Observer previously reported. There is a Nov. 30 hearing to approve or modify the plan.

“I can tell you, essentially there is a cloud on the title,” Gemini’s attorney Scott Gautier, a partner at Robins Kaplan, told CO last week. “There were contracts to sell each. The parent company that owns those was trying to sell the hotels. They couldn’t meet the conditions of the sale because they couldn’t remove the cloud from the title, which is something you can do in a Chapter 11 proceeding.” That cloud? Lis pendens—notices of pending legal action—that were filed by an ousted member of Gemini.

Developer bankruptcies have been infrequent, several attorneys said, because lenders have been requiring “bad boy” guarantees, which limit the liability of owners to lenders.

“Bankruptcy filing causes the individual guarantors to become liable for the full amount of the debt,” said Dan Flanigan, the chair of real estate and financial services at Polsinelli. “These provisions, now widespread in lending documents, have had a very substantial chilling effect on bankruptcy filings.”

Andrew Weltchek, a partner at Cohen Hochman & Allen, called this chapter of the bankruptcy code “a tool—like [Donald] Trump said in the first debate—but it’s a pretty heavy-handed tool.”

The Donald filed four Chapter 11 corporate bankruptcies (no personal ones) for Atlantic City casinos he used to own—Trump Taj Mahal, Trump Castle Associates, Trump Hotel & Casino Resorts and Trump Entertainment Resorts—between 1991 and 2009. “I have used the laws of this country…to do a great job for my company, for myself, for my employees, for my family,” said Mr. Trump, who is the father-in-law of CO Publisher Jared Kushner, at the first Republication presidential debate on Aug. 6.

While provisions in the bankruptcy law limit the ease with which someone can file Chapter 11, they are likely to become more prevalent as the market weakens. While the downsides of filing for bankruptcy range from damaged credit and a sullied reputation to legal fees and the loss of property, what exactly are the advantages?

1) Bankruptcy stops the creditors from breathing down the developer’s neck.

While in the bankruptcy process, debt collectors can’t recoup their money. If the developer has a payment due on a Wednesday and he files for bankruptcy on a Tuesday, he doesn’t have to make that payment. The same would apply to, say, a foreclosure proceeding. The filing puts the kibosh on the proceeding.

“The minute that the property owner files for Chapter 11, an automatic stay goes into effect,” said Stuart Saft, a partner at Holland & Knight. “No creditor can commence proceedings to collect against their debt without a motion that the judge agrees to. And then the owner is able to get additional financing that comes ahead of the previously existing financing to keep operating the business.”

Mr. Saft had an up-close-and-personal dealing with bankruptcy when Dewey & Leboeuf, where he was head of the global real estate practice, filed for bankruptcy in 2012.

“It was to create an orderly liquidation, which maximizes what the creditors get,” said Mr. Saft of the Dewey & Leboeuf case. “You do this to stop the creditors…[and] so you have the bankruptcy judge supervising how it plays out.”

Mr. Saft represented the board of managers of Cityspire when its developer, Ian Bruce Eichner, filed for bankruptcy in 1991, resulting in the West 56th Street condominium’s public portions not being built.

2) The developer crams down the lenders—meaning a debtor or a bankrupt company involuntarily makes a lender modify its terms.

“When you can hold all your creditors off and restructure your debt, that’s a pretty good deal,” said attorney John Pasternak of Rattet Pasternak Bankruptcy Practice Group at DelBello Donnellen Weingarten Wise & Wiederkehr.

Mr. Edelstein said GGP was a great company, but it had a lot of maturing debt that it couldn’t refinance. He said the firm had no choice but to go into bankruptcy to keep the lenders at bay and then reorganize.

3) It allows a property owner to get better terms. Once a bankruptcy is underway, they “have the option to pay back the bank on better terms,” Mr. Neiger said.

“The bankruptcy…mitigates risks,” said Mr. Dorf. “The bankruptcy court is in place to afford debtors a fresh start, and so in the context of a bankruptcy proceeding the owner communicates with the creditors and hopefully can strike a deal that’s better than losing everything.”

Even if an owner is underwater, said William Geller, a bankruptcy attorney with Adam Leitman Bailey, P.C., they may come out with equity.

Indeed, a filer can make bank in bankruptcy court. They could sell the property at a bankruptcy auction for a lot more than the loans, liens and judgments, Mr. Geller said.

He said he is representing a creditor in the case of a property owner who tried to sell the building for about $30 million, but failed due to competing claims against it. In bankruptcy court, however, the owner was able to sell it for more than $40 million.

4) If it’s a litigious situation, a bankruptcy will allow the declarer to bring all parties into one room before one judge and in one forum.

“If you own the building, it’s better than litigating with different cases all across the country,” Mr. Neiger said.

5) A bankruptcy can hasten an otherwise delayed process.

“It speeds things up and leads to a more comprehensive resolution of the problem,” rather than negotiating with multiple lenders and other property owners, Mr. Weltcheck said. “In fact, it might lead to a better resolution for everyone, although the people who are forced to take a haircut won’t think so.”

6) A developer may be able to keep their project alive. If there is a loan that comes due and the developer is unable to refinance it, “you can buy time to pay it back, or restructure the loan,” so that it doesn’t impact the entire project, Mr. Geller said.

7) It buys you time to find financing for a purchase.

If a property owner wants to buy a building and has to close by a certain date and can’t get the financing lined up by then, they can get another 60 days tacked on to close on the building through a bankruptcy, Mr. Neiger said.