The Plan: Corgan’s Office in the Empire State Building 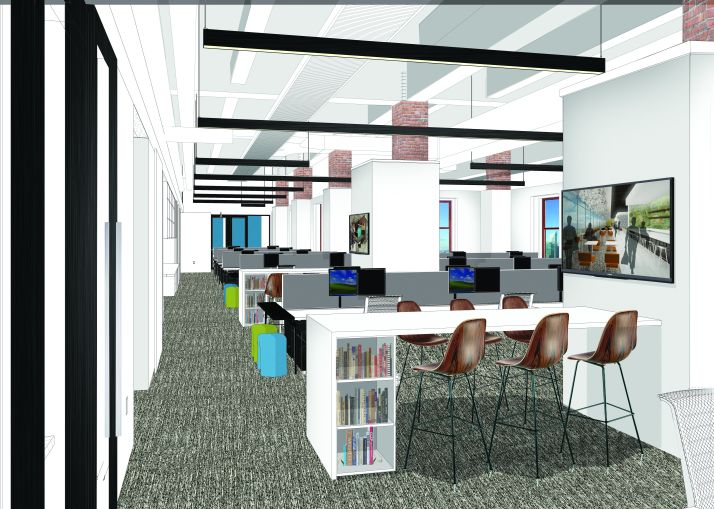 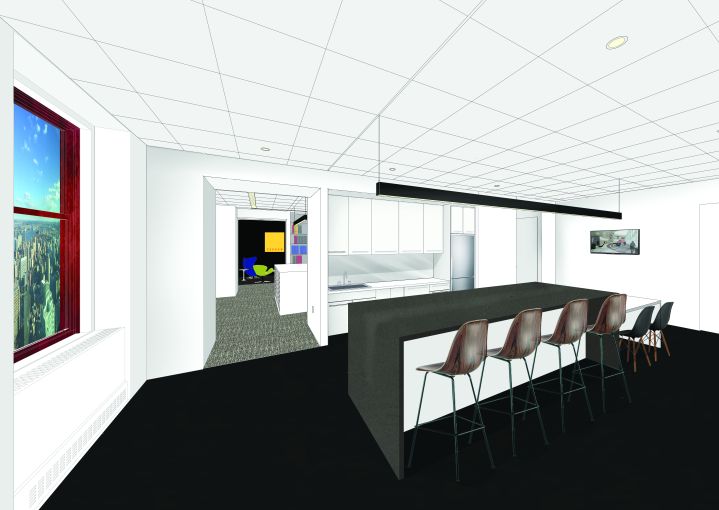 The pantry will be updated as well (Rendering: Corgan). Liam La Guerre 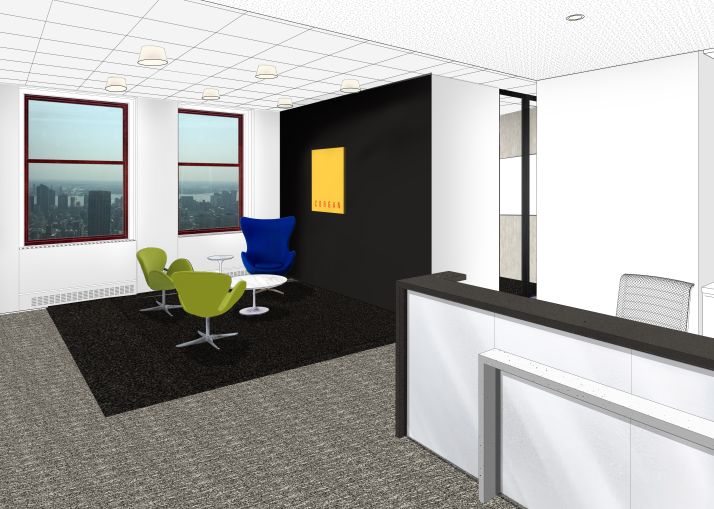 Corgan's reception area will be the revitalized in the final phase of the project (Rendering: Corgan). Liam La Guerre 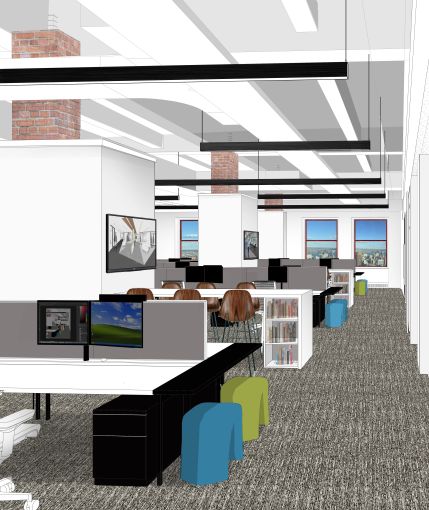 Workstations will be more open after the renovations (Rendering: Corgan). Liam La Guerre 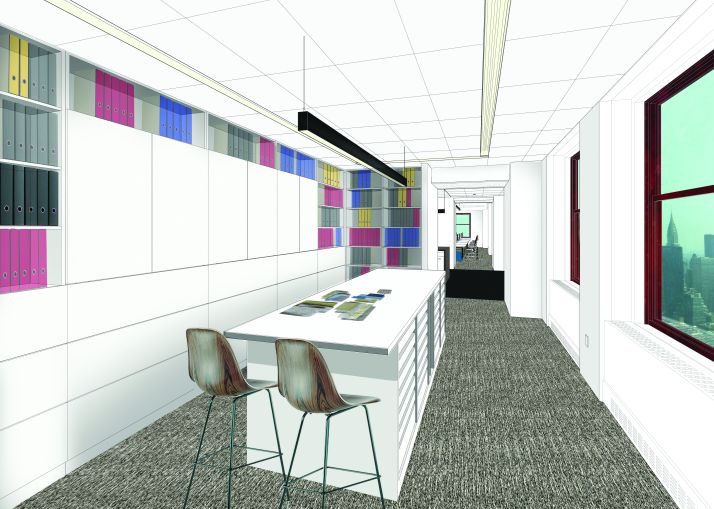 The library area will have less room for books than before (Rendering: Corgan). Liam La Guerre 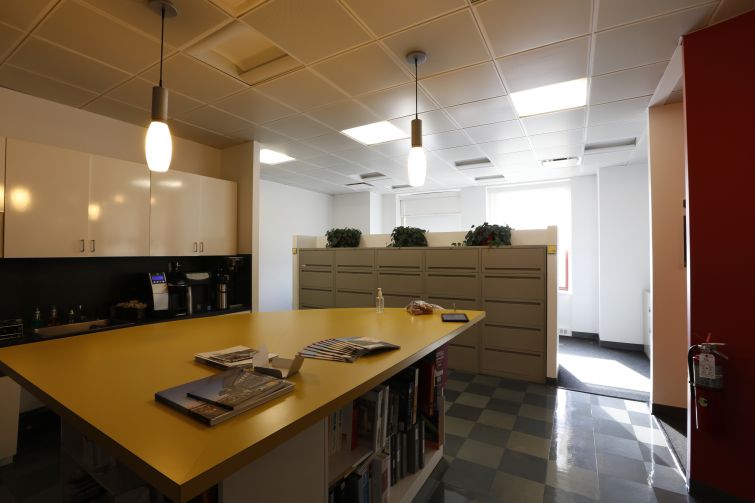 The revitalization will focus on bringing more light into the office. This is a picture of the current pantry (Photo: Corgan). Liam La Guerre 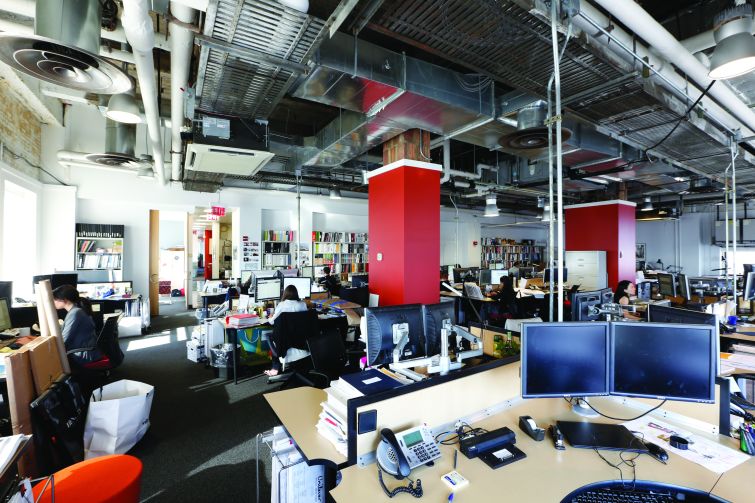 It might be ironic to the point of being unacceptable that a design and architecture firm would be stuck in an outdated office space with poor light and cramped workspaces. Indeed, the 80-year-old architecture company Corgan had not updated its quarters in the Empire State Building for more than a decade and it wasn’t on par with the offices it was designing.

So in February, when the firm signed a new 10-year deal for its space on the 54th floor of the iconic skyscraper at 350 Fifth Avenue, it also decided to revitalize the office. And while it was in the in-for-a-penny-in-for-a-pound spirit, Corgan expanded its footprint, bringing the renewed lease from 9,000 to 11,500 square feet.

Renovation of the office is focused on creating more open and collaborative workstations, as well as accommodating the company’s growth. The revamped space will be able to fit 55 employees (it currently employs about 40 in the New York office).

“People can work more efficiently in smaller spaces than 10 years ago,” Jay Liese, a principal of Corgan’s New York office, told Commercial Observer. “The amount of collaboration and the need for shared spaces is quite a bit more than 10 years ago, too.”

Small conference spaces will be added throughout the office and the pantry, library and reception areas will be renovated. But not everything is getting bigger; the library will be reduced, since more books have been digitized over the decade.

The project will cost $75 per square foot and the renovation is taking place in three phases. The first phase has already been completed and the second will start in mid-December. The entire project is scheduled to be completed by spring 2016.

In the first phase, the new 2,500 square feet of space that were recently added with the lease renewal were built out. Corgan removed an existing wall that separated the area and added new workstations and a conference room. During the second phase, the firm will renovate its original offices and in the third phase, the pantry, library and reception areas will be revitalized.

Brightening the office is a big factor in the renovation. Corgan plans to remove some walls in the space so light from the windows reaches further on the floor plate. There are about 30 windows in the entire office; with more open space, the firm expects more natural light to flood in.

“We tend to think of our workplaces as living, breathing office spaces,” Mr. Liese said. “So we want them to be as flexible as possible so they can respond to culture and work styles even after the life of the lease.”