The $4 Trillion Modification on the Horizon in Accounting Practices 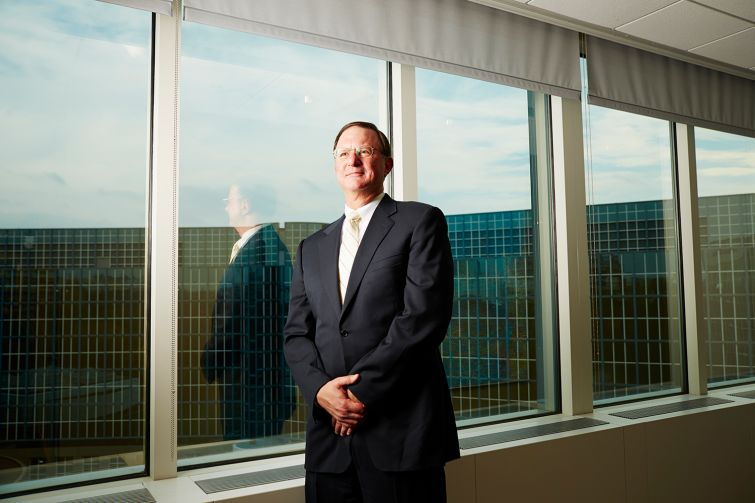 Chris Dubrowski has been traveling the country like a preacher or politician, touting all sorts of big new changes on the horizon.

Change of accounting standards in the real estate industry, that is.

In addition to his other duties, Mr. Dubrowski, the director of professional practice for Deloitte & Touche’s real estate division, goes from coast to coast (13 cities this year) speaking to clients and real estate executives about the major alterations in accounting practices that will drastically affect the real estate industry. The Financial Accounting Standards Board (a.k.a. FASB) is currently teeing up these new rules, which won’t take effect until at least 2018.

Mr. Dubrowski, 59, has seen many shifts in accounting practices over the course of his 38-year career at Deloitte. A native of Los Angeles, he graduated from Arizona State University with a bachelor’s degree in accounting in 1977. He married his high school sweetheart and the couple had three children, who now are all adults.

Mr. Dubrowski recently returned to his home in Connecticut from a “road show” (Deloitte’s phrasing) in San Francisco (Washington, D.C. and Miami are two stops next on his agenda) where he talked with Commercial Observer by phone about those new rules.

Commercial Observer: Who are some of your clients?

What real estate companies would Deloitte not work with?

We wouldn’t work with anybody we suspect would be doing bad things [laughs]. We have a very rigorous client acceptance process.

We are a large firm so we wouldn’t work necessarily with a mom-and-pop firm, because they would be better served by a smaller firm. We are capable of doing that—it’s just that it makes more sense for smaller real estate companies to work with other firms. I have some clients that are fairly small. It just depends on if they are small, but they are very complicated and they need our help.

Let’s use the example of a wealthy individual who is investing in real estate in Israel, in Canada, in Germany and in New York, and they have large real estate holdings in all of those places. The tax laws are very different in all those jurisdictions and that individual may need a company like ours that has knowledge of global tax rules that a local firm would not.

If you buy a few single-family homes and rent them out in Connecticut that’s not [very] complicated, but if you are a wealthy individual with tax holdings across borders, you would need sophisticated advice.

What accounting changes are coming that will most affect real estate companies?

FASB has been working on some major, major projects to sort of reset accounting rules moving forward. The big one that affects commercial real estate is they are going to come up with a new leasing standard. What this is going to do is when tenants sign a lease, they are going to have to book a liability for the lease payments going forward. Right now when a tenant signs a lease, they don’t record any type of liability. They just record expenses as they make the payments. But under the new rules, the tenants are going to take the 10 years of payments and basically book a liability on their balance sheet. The number that I heard in the U.S. is about $4 trillion of liabilities are going to go on the balance sheets of tenants.

Why is this important?

It would be like debt. They are going to record a liability to the landlord, saying, “Hey, I just signed a lease and I am going to have to pay this landlord $100,000 a year for 10 years, so I’m going to have to book a million-dollar liability.” They don’t have to do that right now. That’s a big change and we are not sure if that is going to influence tenant behavior. The question that is out there right now is when this new accounting rule starts to take effect, and that would probably be in 2019 or 2020, are tenants going to say, “Wait a minute, if I have to book a liability for 10 years of lease payments, maybe I only want a five-year lease and not a 10-year lease, because I will have less liability on my balance sheet.” Again, if you are paying $100,000 a year over 10 years, that’s a million-dollar liability. But if you are paying $100,000 a year over five years, that’s only a $500,000 liability.

So there is a concern that tenants may look for shorter-term leases. There is also a concern for tenants that are interested in long-term triple-net leases. If a drugstore wants a spot in a shopping center for 30 years, right now they are leasing that, but there is a concern that they may want to buy that property, because if they are going to book a 30-year lease liability, maybe the accounting would be the same if they just bought it and financed it.

Why is FASB making this change?

They believe, and most people would agree with them, that on the tenant side when you sign a lease you have made a commitment to pay money over time and that’s actually no different than debt or taking a loan. People have always been concerned about the current lease accounting, which says that I sign a lease, but I don’t book a debt. Interestingly, landlords don’t have the same accounting. Landlords, when they book a lease, they don’t book a receivable. And under the new rules that accounting will continue.

Well, if you are an accounting purist, you would say yes, but the practical side of it is—from a landlord’s perspective—really about recognizing revenue and I don’t think that is going to change. There has been a lot of debate about this issue and I think landlord accounting is going to continue to be the way it is now, which is basically to recognize the rent revenue when you receive it.

Can you explain why putting down rent as a liability is going to be negative for tenants?

What other kinds of effects will this new standard have?

Tenants also have to deal with things like new IT systems, because now all of a sudden all these leases that they have just been expensing as they make the payments are going to have to be put on their balance sheets and advertised. If you think about a J.C. Penney or something like that, which has 10,000 leases, all of those things now have to be accounted for differently, so their systems have to change. That’s why the FASB is giving us until 2020 before those standards are in effect, because they know that people are going to have to make a lot of changes to their accounting systems and other things.

So these changes will result in more business for you and other accounting firms?

In the short term it may result in more business for IT firms and consultants. We have a part of Deloitte that does that sort of thing. But that would be a near, short-term blip. Long term, I don’t think it will have a big impact on our business.

What are the other major changes in real estate accounting in the works?

Another big one, and this particular standard has already been issued, but it’s not in effect [until 2018 or 2019], is a new standard on how companies recognize revenue from a sale. And that’s probably the biggest accounting standard that has been issued in recent memory, because it impacts every company, not just commercial real estate ones.

How much earlier would you be able to recognize a sale under the new standard?

I’ll give you an example. If today I booked a commercial office building and I am going to sell it to you, but you need seller financing, under the current rules, if you just gave me a 5 percent down payment and I financed the rest for you, I couldn’t recognize it as a sale because there is a checklist that says for a commercial office building with seller financing you need to have 20 percent down.

Under the new guidelines, I could say, “He is a good guy, he is reliable, he’s got the money—I know he has the money because I did a background check on him—I think I’m going to get paid the full amount.” So even though I only got the 5 percent down payment, I am going to book the whole gain on the sale today. That’s how the new rules might work.

Could there be more mistakes, since the judgments will be more subjective?

The reason that the strict rules that we have today were put in place back in the 1970s and 1980s is because real estate companies were really pushing the envelope from an accounting standpoint. They were recognizing revenue when they should not have been. Now that they have relaxed the rules somewhat, there is a concern that some real estate companies might try to push the envelope again. But what’s different today than [back then] is a lot more commercial real estate is held by public companies or by investment firms that have very sophisticated investors. And I think the discipline in the market is much better than it was back in the 1970s and 1980s.