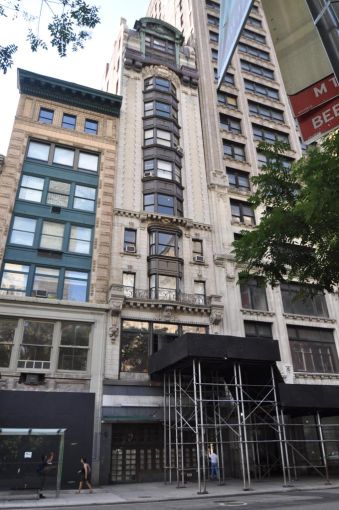 The restaurant, which has 140 locations around the globe including in the U.S., will be the chain’s first store in New York City and its flagship U.S. location, The New York Post reported.

Asking rent for the space was $114 per square foot, or $800,000 annually. Lerad Company owns the the 11-story office and retail building between West 25th and West 26th Streets.

“We are thrilled to be bringing Wagamama to 210 Fifth Avenue,” Newmark Grubb Knight Frank’s Jared Lack, who represented the landlord with colleague Jessica Kalimian, said in a prepared statement. “The international brand has had tremendous success and this is the perfect location for Wagamama to thrive in New York City.”

Well-known chef Alan Yau launched Wagamama in 1992. Private equity firm Duke Street Capital purchased it in 2011 for roughly $350 million, as was widely reported at the time. The Japanese restaurant features various types of cuisine incorporating ramen, curry and donburi. Wagamama’s New York City digs will be spread across three levels including the ground floor, the mezzanine level and the basement. The new Wagamama is expected to open within six to eight months, according to BCD’s Alexandra Turboff, who brokered the deal on behalf of Wagamama.

The space had been home to Dewey’s Flatiron, a bar that closed last year.

Update: This article was edited to include comments from the landlord’s broker and more information about the lease.