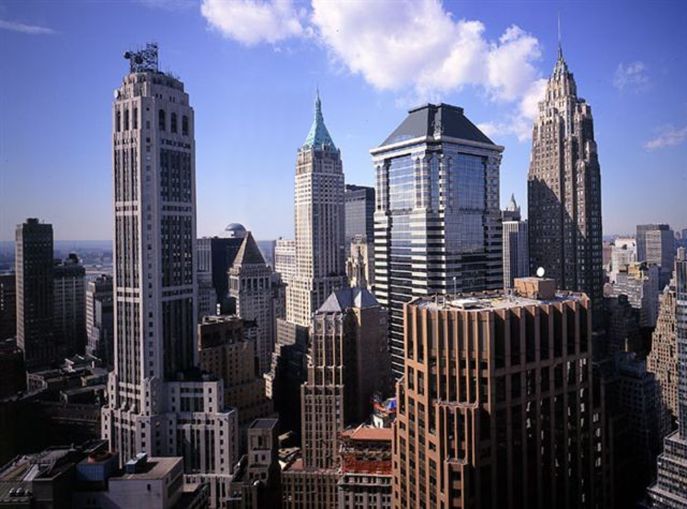 Lower Manhattan’s burgeoning development is driving economic growth at a rate that is outpacing the rest of New York City. That is largely driven by construction of new offices and retail spaces, a report released yesterday by the Alliance for Downtown New York shows.

Development will result in 40,400 additional private-sector jobs to Lower Manhattan between now and the end of 2019, and at least two-thirds of those are likely to be newly created jobs, according to the report. That is equivalent to an overall annual growth rate of 2.4 percent, which is almost double the 1.3 percent for the city as a whole.

By the end of 2019, tenants at the World Trade Center will boost the number of jobs in office-based industries in the area by 25,400, according to the Downtown Alliance. Those point to new tenants and firms focusing on business and professional services, and technology and media.

A slate of media companies are ditching their offices and moving downtown. Mets broadcaster SNY is the latest in the trail, with its 83,000-square-foot lease at Silverstein Properties’ 4 World Trade Center signed early November. Condé Nast started moving to 1 World Trade Center last year, and Time Inc. and the Associated Press are moving to Brookfield Place, as Commercial Observer previously reported.

With seven major retail development projects in Lower Manhattan, led by the South Street Seaport, the World Trade Center and Brookfield Place, more than 2.34 million square feet will be added to the existing 4.4 million square feet of active retail space by end of 2019. The Downtown Alliance estimates that new and repositioned spaces would add about 4,620 retail jobs, 3,850 restaurant jobs and more than 1,100 in other service businesses going forward.

“What’s exciting to see the diversification of the economy here,” Jessica Lappin, the president of the Downtown Alliance, told CO. “The center of gravity is moving to Lower Manhattan. The decline in the financial services sector is offset by gains in more cutting edge industries.”

There are 31 residential buildings, including 20 new construction projects and 11 office property conversions, slated for completion between now and 2018, including 70 Pine Street and 19 Park Place. That would bring a total of 5,227 new units to the Downtown market, according to the report. The Downtown Alliance estimates that such residential development in Lower Manhattan would spur more than 300 jobs for doormen, porters, handymen and superintendents.

One caveat is that the estimated construction spending for 2014 might be understated in Lower Manhattan, as it excludes public spending aside from the Port Authority of New York & New Jersey ($1.9 billion on 1 World Trade Center redevelopment) and by the Metropolitan Transportation Authority. Spending from from smaller retail developments and renovations are also excluded.

As developers have stayed busy in the district, that will translate to higher revenue that the city gets from properties. Taking all World Trade Center buildings and the Battery Park City Authority’s payments in lieu of taxes into account, properties in Lower Manhattan are estimated to make up $918 million of city revenues in the fiscal year ending June 30, according to the report.