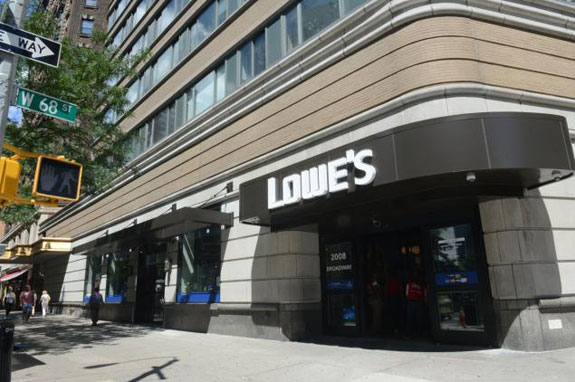 Jamestown has purchased a 37-year master lease interest for a 32,400-square-foot retail condominium in Lincoln Square that is home to a Lowe’s Home Improvement store, a source with knowledge of the deal told Commercial Observer. The price for the unit, which is at 2008 Broadway at West 68th Street, is just over $70 million, the source said.

The retail unit is at the base of the 28-story Zeckendorf-developed luxury building, The Copley Condominium & Club. It will be occupied by Lowe’s for 10 years, according to Eastdil Secured marketing materials. The previous tenant was Food Emporium, which shuttered in May 2013.

The selling space is 22,000 square feet on the ground floor, as CO reported when the Lowe’s opened at the location in August. The rest of the square footage is split between the basement for storage and the mezzanine level for mechanical equipment.

The property is one of two 100-percent occupied former Food Emporium retail spaces that Eastdil Secured has been marketing on behalf of owners Angelo, Gordon & Co. and Madison Capital.