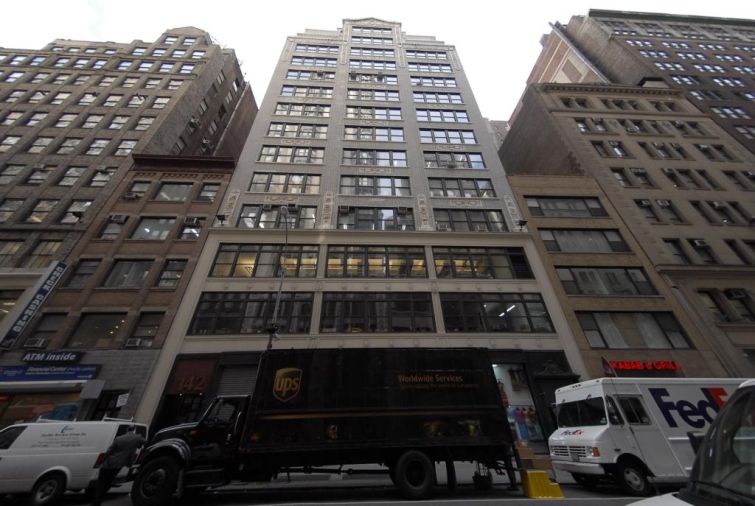 BECCA Cosmetics, an international makeup brand, signed a lease to move to a 6,150-square-foot space in the property. The company will take part of the 15th floor of the building between Seventh Avenue and Broadway. The length of the lease was not immediately clear. Asking rent in the deal was $56 per square foot and the cosmetics company expects to move in January, following a build-out of the space.

The company is relocating from its current 3,200-square-foot offices on the 15th floor of 499 Seventh Avenue around the corner between West 37th and West 36th Streets.

“Companies have been jumping at the chance to lease space around the bustling Herald Square shopping corridor,” said Nicole Goetz of Savitt Partners, which is leasing the building for the landlords, in prepared remarks. “We are thrilled that the property met all of BECCA and SG Companies’ requirements, chief among them being the building’s central location.”

“[BECCA] needed a much larger space and 142 West 36th Street [being a loft style building] appealed to them,” Mr. Sullivan told CO.

Mr. Leifer cited that “dramatic” lighting from windows and being in the Garment District as reasons why SG Companies was attracted to the space.

Waterman Interests and USAA Real Estate purchased the 116,000-square-foot office building—in a package with 234 West 39th Street—from Herald Square Properties and the The Davis Companies for $118 million in May.

Beside traditional garment tenants, the building is home to technology, advertising, media and information, or TAMI, tenants. In February, publishing company Quarto Publishing Group USA signed a 10-year, 7,910-square-foot deal for pre-built space in the property, as CO previously reported.

Other tenants include, VTS (formerly View the Space), Elite SEM and Flashtalking.