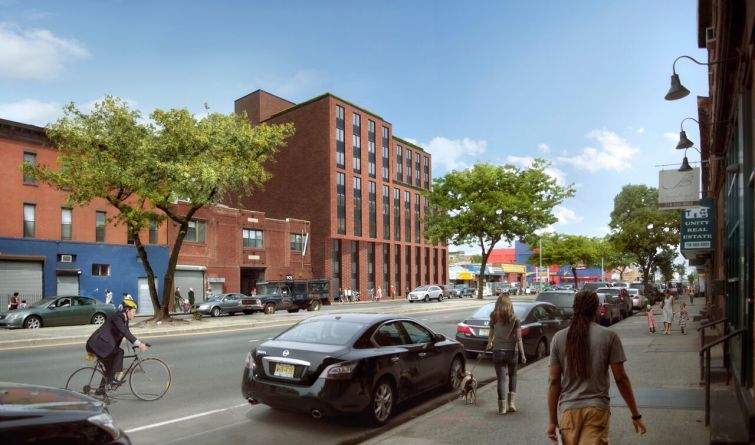 Hudson Companies has purchased a site in Clinton Hill, Brooklyn, where it will erect affordable housing as part of its redevelopment of the Brooklyn Heights Library, Commercial Observer has learned.

The company today paid $12 million for the 25,000-square-foot site at 907-917 Atlantic Avenue between St. James Place and Grand Avenue, said David Kramer, the president of Hudson. The three two-story warehouses, which the seller used for his electrical supply business, will be converted into a 78-unit, nine-story residential building. The apartments will range in affordability for people with 60 percent to 165 percent of the area median income.

Matthew Fotis of Marcus & Millichap, who represented both parties in the deal, said the seller, Ronald Schacht, was retiring. “His property is worth substantially more than it ever was before,” Mr. Fotis said. He noted that Mr. Schacht assembled the properties in the early- to late-1990s, a couple of decades before the area was rezoned to residential.

Low Income Investment Fund provided a $11.1 million acquisition loan to Hudson through the New York City Acquisition Fund, according to a spokeswoman for the originator. The debt carries a term of two years and an interest rate of 4.2 percent, she said. The difference was paid with equity.

Hudson already acquired 1041-1047 Fulton Street in the summer for $7.2 million, Mr. Kramer said. Here, too, there will be affordable housing. The nine-story building will comprise 37 units. The previous owners had planned to erect a condo so Hudson bought the site shovel-ready.

Both buildings are part of the redevelopment of the site of the Brooklyn Heights Library at 280 Cadman Plaza West.

This Wednesday, there was a public hearing about the $52 million project which includes affordable housing, a new condominium and construction of a public library branch on site. The City Council is slated to vote on the proposal before the end of this year, according to Politico. Marvel Architects is designing the condo and public housing components.

Hudson hopes to close on construction loans this summer for both affordable housing buildings. Completion is slated for fall 2018.