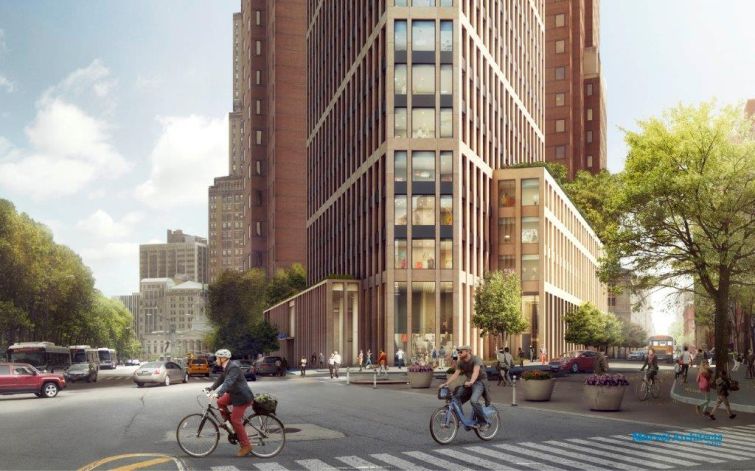 Developer Hudson Companies jumped a major hurdle in its plan to replace the Brooklyn Heights Library with a 36-story condominium building and new library branch.

The City Planning Commission unanimously voted today 10 to 0 on the Uniform Land Use Review Procedure (ULURP) application, which is required for the city to sell the land at 280 Cadman Plaza West to the developer for $52 million. The ULURP is also needed for Hudson Companies to subsequently resell the new library at the base of the project as a condo unit to the city for $1.

Members of the commission cited the community benefits of the planned 139-condo tower, which include funding the cash-strapped library system and building a total of 114 affordable housing units at 907 Atlantic Avenue and 1043 Fulton Street, according to David Kramer, the president of Hudson Companies.

“I thought the City Planning Commissioners were very wise and thoughtful,” Mr. Kramer told Commercial Observer. “Whenever there are big community projects there will always be complication and noise. The fact is that a unanimous vote by all 10 planning commissioners shows that it’s a great project.”

Hudson Companies faced some pushback from residents initially because the new library branch will be 21,500 square feet, or significantly smaller than the current location. But the current branch only uses 18,000 square feet of its total 60,000 square feet for the neighborhood library, as Mr. Kramer previously told CO.

Representatives for the Brooklyn Public Library had touted the financial benefits of the project. Of the $52 million that the city will get in the sale, the library system will use $40 million to repair Kings County library branches.

The Brooklyn Public Library needs $300 million for repairs and restorations of its branches, according to the library’s site.

Also, Hudson Companies will rent space out at Our Lady of Lebanon Church for the library to operate an interim branch during construction, which is expected to begin in 2016. The developer is also building out the new library as well, bringing its total costs to $65 million.

Hudson Companies received the community board’s blessing for the deal in July. Next up: The city council has to vote on the proposal.