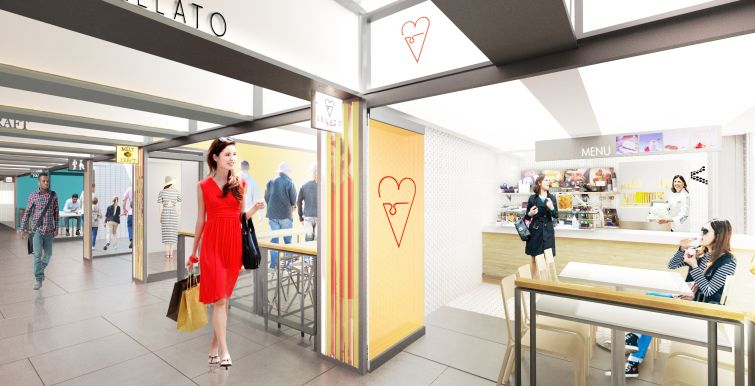 2beans will be joining a host of retailers in TurnStyle, a transit marketplace to be opened below Columbus Circle, Commercial Observer has learned.

The New York-based chocolate and coffee shop inked a 10-year lease for 613 square feet in the food court, said Ryan Herzich of Joseph P. Day Realty Corp., who represented the tenant along with colleagues Craig S. Berman and Michael Gasparino.

The Shops at Columbus Circle “will have a huge asset in 2beans as a tenant,” Mr. Herzich said.

Asking rent in the deal was $350 per square foot, and the lease was signed last week, Mr. Herzich said. 2beans is expected to move into its new space by year end or early 2016.

Lisa Rosenthal and Robin Abrams of The Lansco Corporation represented the landlord in the deal. Neither responded to requests for comment.In 2012, 2beans planted its flagship store at 100 Park Avenue between East 40th and East 41st Streets. The store owner was not immediately available for comment.

In November 2013, the Metropolitan Transportation Authority tapped Susan Fine of OasesRE and Columbus Development LLC to develop the TurnStyle project with a 20-year lease. Ms. Fine told CO this May that it was “the first time the MTA has privatized at all.”