The Social Edge Relocating to 1001 Avenue of the Americas 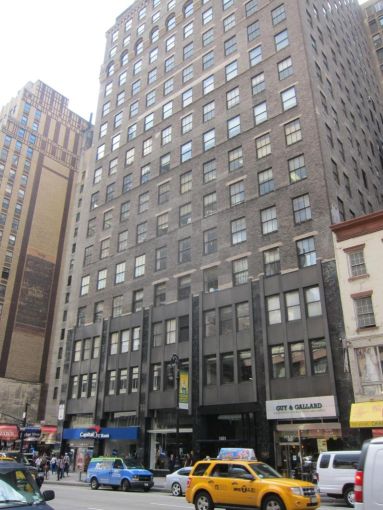 1001 Avenue of the Americas. dschlangerobserver

The Social Edge, a social-media marketing and content management firm, is moving into 12,000 square feet of office space at 1001 Avenue of the Americas between West 37th and West 38th Streets, The Wall Street Journal first reported.

The New York-based firm inked a five-year lease for the space on the 14th floor of the building. It will be relocating from its office at 1350 Broadway between West 35th and 36th Streets in the Garment District due to a growing headcount.

“It was the right combination of location, cost and expandability, and we could probably attract more talent with that location than other locations we’ve looked at,” Steven Damron, the chief operating officer of Social Edge, told Commercial Observer.

Asking rent was in the mid-$50s per square foot, Mr. Damron said. ABS Partners’ Jay Caseley represented the landlord, 1001 Sixth Associates, LLC., while the tenant was represented by Deborah Constable of The Viza Group in the deal.

The former manufacturing and showroom building, originally built in 1926, has 220,000 square feet of office space, according to PropertyShark. The building management has revamped the lobby, added high-speed fiber connections and upgrades to the common areas, as CO reported in May. In the same month, accounting firm Schulman Lobel has doubled the size of its presence in the building.