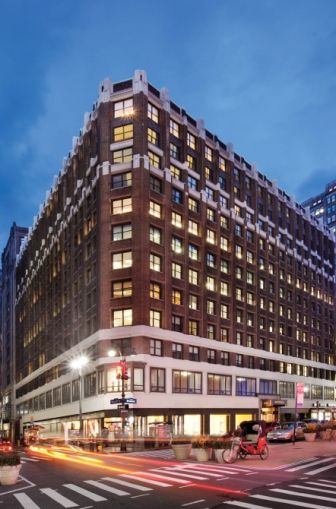 Commercial Observer has learned that the body and facial care retailer will be moving into a ground-floor space in the 12-story, 355,000-square-foot retail and office property in early 2016. Asking rent in the deal was $450 per square foot.

“Rituals is the first major international brand to move to Times Square South and signifies the retail transformation that is occurring there,” Thomas Durels, an executive vice president for ESRT, said in prepared remarks.

Christopher DeCrosta of Crown Retail Services represented Rituals in the lease, while  ESRT was represented in-house by Fred Posniak, along with CBRE’s Andrew Goldberg and Matt Chmielecki. Mr. DeCrosta did not return requests for comment.

Founded in 2000, Rituals sells scented candles, clothing, perfumes, gemstone makeup and teas in addition to body and facial products. There are more than 350 Ritual stores worldwide including two in Manhattan at 420 Columbus Avenue on the Upper West Side and 231 Lafayette Street in Soho.

Rituals will join major retailers at 1333 Broadway. Urban Outfitter has a location in the building and a Shake Shack is set to open there next year. Also, The Levy Group, which manufactures products for Vera Wang, Perry Ellis, Elie Tahari and Betsy Johnson, signed a sublease for 43,741 square feet of space, as CO reported in August.

“Rituals is a perfect example of national retailers moving north of 34th Street on Broadway,” Mr. Chmielecki said via a CBRE spokeswoman. “This building used to have a Conway, a bead store, an electronics store and a pizza place.”