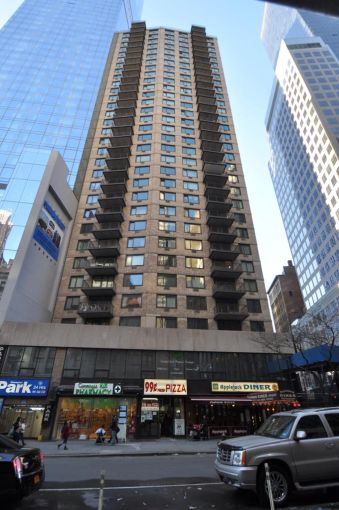 G Holdings is using the proceeds of the loan to refinance an $80 million loan originally provided by Canadian Imperial Bank of Commerce in April 2013. The previous loan was modified and updated in city records as an $88 million loan the following October.

The 31-story apartment building was completed in 1979 and is split into three parcels—the 324 apartment units, ground-floor retail and office space, and a 195-space, below-grade parking garage. Only the residential units serve as collateral for the recent financing, the Wells Fargo spokeswoman told CO.

Transamerica is a subsidiary of Aegon N.V., a life insurance company headquartered in the Netherlands. Aegon acquired Transamerica in 1999.

A representative for G Holdings declined to comment. Representatives for Transamerica and Aegon did not respond to inquiries by press time.