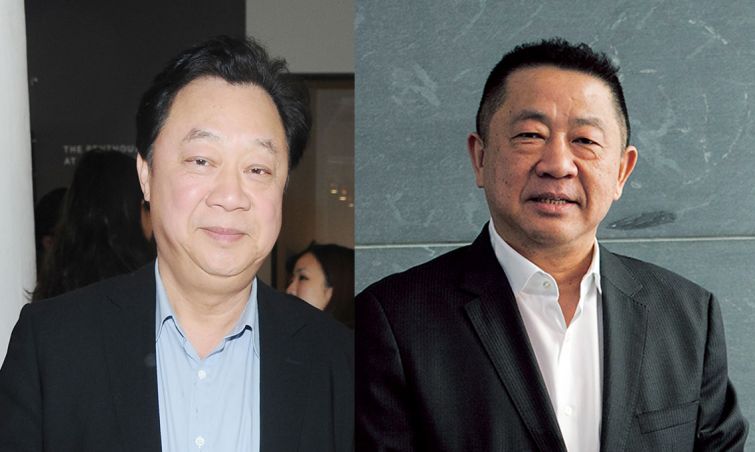 When it comes to hotel development in Manhattan, two Chinese chief executive officers are beating out their American counterparts—and have even staked their claim at the top of the heap.

Budget hotel mavericks and former business partners, Sam Chang and John Lam, are standouts among the rest because of the sheer quantity of projects they have built and the staggering number of rooms they have in their pipeline.

Mr. Chang, the president and CEO of Great Neck, N.Y.-based McSam Hotel Group, said he has nine hotels, where he is the controlling partner, under construction right now with 2,444 keys. At a cost of $500,000 per room, that comes to $1.2 billion. And that’s not including his $700 million of hotel projects under development and the three hotels he’s building for other owners.

And this is not a record number of projects underway for Mr. Chang.

“I have to tell you my record one time, back in spring of 2008, we had 22 hotels under construction at one time,” he said. “This is not my record.”

Mr. Lam, the chairman and CEO of Manhattan-based Lam Group, has at least six projects planned for Manhattan, according to the second-quarter PwC Manhattan lodging index and NYC & Company’s year-end report. Those include a “two-pack” Courtyard and Residence Inn by Marriott Financial District at 215 Pearl Street with 320 rooms (200 Courtyard rooms on the lower floors and 120 rooms at the Residence Inn on the upper). PwC’s index indicates he also has aloft Manhattan Midtown at 1225 Broadway with 200 rooms and the 465-key Virgin Hotel, slated for 1227 Broadway between West 29th and West 30th Streets. There’s the 330-room Renaissance by Marriott at 112 West 25th Street, the 261-room Four Points by Sheraton New York Downtown at 6 Platt Street and Riff Hotel Downtown at 102 Greenwich Street with 36 rooms.

While the total development count for Mr. Lam wasn’t entirely clear, Bradley Burwell, a first vice president at CBRE who works within the firm’s hotel investment sales team handling deals throughout North America, said: “John Lam has expanded tremendously. He might rival Sam in room numbers.” (The tally from just the six projects mentioned above is 1,612 keys. If we used the same figure of $500,000 per key, that would come to $806 million worth of development.)

Several people Commercial Observer spoke to for this article noted that Messrs. Chang and Lam are the clear frontrunners for Manhattan hotel development.

Both born in China, Messrs. Chang and Lam were partners from 1997 to 2001, developing hotels together, Mr. Chang said. (When asked why they parted ways, Mr. Chang said: “It’s like asking people why you got divorced.”) Since they established their own companies, they have both been building hotels at a fast clip.

“Once you go beyond Sam and John it drops off pretty quick,” said Thomas McConnell, the head of Cushman & Wakefield global hospitality.

Compiling a list of the biggest Manhattan hotel developers based on who is currently building proved challenging.

“Counting proposed projects can be tricky,” said Sean Hennessey, the CEO of Lodging Advisors. “Do planned-but-not-yet-started projects count? Do mixed-use projects count in their entirety or just the hotel part? What to do about large projects with no announced budgets yet? If a project is being developed by a [joint venture], who gets the credit?”

After McSam and Lam Group, hotel development is divided among national developers, those with multiple lines of business, those doing one or two hotels at a time, folks including hotels as a component of a project and construction companies that are in the hotel building game.

The developers who are actively building Manhattan hotels include Hidrock Realty, which is developing a 310-room Embassy Suites by Hilton at 60 West 37th Street and a 317-key Courtyard by Marriott at 133 Greenwich Street (the former with The Buccini/Pollin Group in Delaware and AIG and the latter with Miami-based Robert Finvarb Companies and private investors). There is Lightstone Group and its series of Moxy hotels. Simon Baron Development and Quadrum Global are building a 250-room tommie hotel at 11 East 31st Street and Quadrum and Eagle Point Hotel Partners are erecting a 325-room tommie at 503 Canal Street. There is GB Lodging’s 287-room The Beekman hotel at 5 Beekman Street. Magna Hospitality Group, from Rhode Island, is working on a 249-room Hilton Garden Inn Financial Center at 6 Water Street (a site Mr. Chang sold to the company last year). And Tribeca Associates is planning a 228-room Moxy at 143 Fulton Street.

“You have a lot of hotels being built by a lot of different people,” Mr. McConnell said. “There aren’t any giant developers here. There’s no Silverstein. There’s no Related. None of the big, giant guys are specific to hotels. Durst has never done a hotel. There’s nobody of that ilk in the hotel space.”