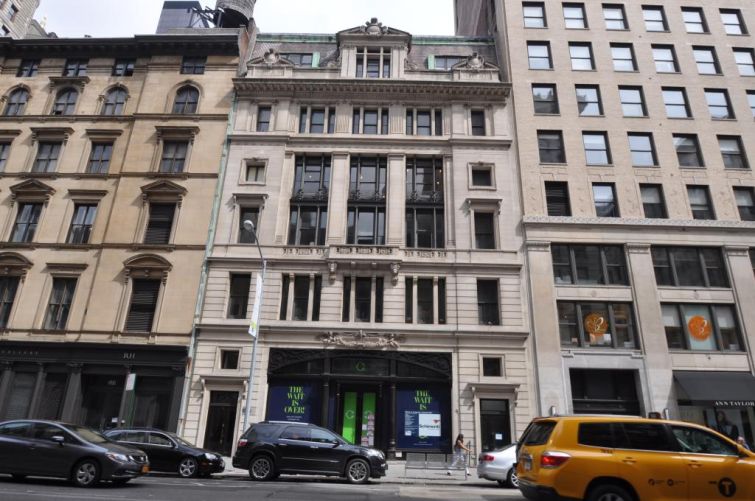 Rachel Zoe, a well-known designer of women’s clothes and accessories, signed a five-year and four-month, 5,200-square-foot lease at 155 Fifth Avenue for a showroom and office for her Rachel Zoe Creations line, Commercial Observer has learned.

The collection, which sells at high-end retail establishments such as Nordstrom, Neiman Marcus and Bloomingdale’s, is currently housed at the Empire State Building and will move by the end of the year to the top floor of the sixth-story, 32,500-square-foot building between East 21st and East 22nd Streets. Asking rent in the deal was $93 per square foot.

“With tons of light, a rooftop patio and a skylight that spans nearly the entire ceiling, it’s a wonderfully creative space that will house both design and sales for the collection,” Ms. Zoe said in prepared remarks.

Marc Schoen, Brian Neugeboren, Michael Schoen and Sam Saffman of Savitt Partners represented Ms. Zoe in the transaction. The new space “fulfilled all their requirements with regards to location and the unique charm of the space,” Marc Schoen said through a spokeswoman.

Nick Mok of Eretz Group, which purchased the building in 2008 for $38 million from Philips International Holding Corp., represented the landlord in-house.

“155 Fifth Avenue is an astounding building, rich in charm and history,” Mr. Mok wrote in an email. “With its impressive skylight ceiling and outdoor terrace, Rachel Zoe Creations has premier space.”

Ms. Zoe will share the building with medical office Union Square Gastroenterology, which is on the second floor, and Marie Robinson Salon on the fourth floor.