Commercial Property Construction Spending Will Hit Record $15B in 2016 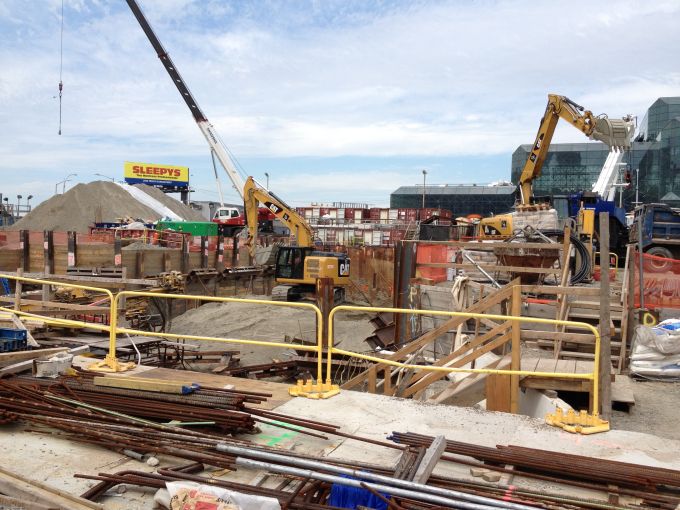 The construction boom in New York City is making a comeback.

Construction spending is expected to reach $39 billion this year, a 10 percent increase from 2014, according to the New York Building Congress’ annual forecast released today.

“The numbers bear out what most in the industry have long suspected—the current building boom is being driven to a remarkable extent by private sector investment,” said Richard T. Anderson, the president of the building congress, said in prepared remarks.

Residential and office development are going strong, as 68.6 million square feet of new space will hit the city by the end of 2015, according to the report. That toppled the two-decade high of nearly 58 million square feet in 2007. And that more than doubled last year’s tally.

Spending on commercial space—including offices, hotels, government buildings and entertainment venues—should reach $11.6 billion for 2015, the report shows. That would make it the second time in Big Apple history that commercial spending tipped over $10 billion—the first time being 2010, during which time $13.7 billion was poured into non-residential construction.

The year 2010 won’t hold that record for long if the building congress’ forecasts are accurate. The organization expects commercial real estate construction spending to hit $15 billion in 2016, followed by a relative cooling to $14 billion in 2017.

The Metropolitan Transportation Authority tightened construction spending, which is expected to drop 27 percent this year to $3.7 billion from $5.1 billion in 2014.

Public projects have historically dominated in terms of spending and jobs creation, though this year they have paled in comparison. Overall government spending is forecasted to reach $12.6 billion this year, down from $13.4 billion in the previous two years.

“Hopefully, the tentative agreement… to fully fund the MTA five-year capital plan will be the start of an upward trend in overall infrastructure investment,” Building Congress Chairman Thomas Scarangello said in prepared remarks.