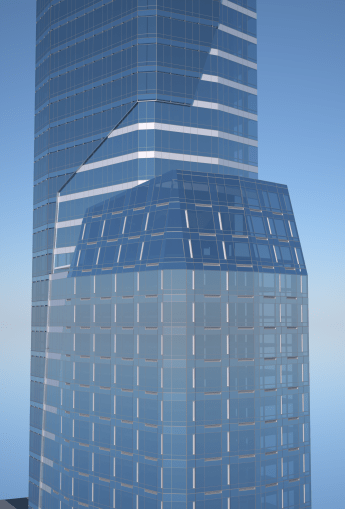 Ceruzzi Properties and Shanghai Municipal Investment USA have decided to include pied-à-terre apartments, rather than hotel rooms, on the bottom floors of their mixed-use property located at the corner of West 43rd Street and Fifth Avenue, Commercial Observer has learned.

This summer, the partners bought the building at 520 Fifth Avenue from Joseph Sitt’s Thor Equities for $325 million, as CO previously reported. Plans initially called for retail at the base, a hotel with 150 to 180 rooms above and then residential condominiums at the top, but they decided two days ago to abandon the hotel plans.

“It was a little bit of a tight site, Ceruzzi head Lou Ceruzzi told CO.

Between a loading dock, a separate lobby and elevators going to different floors, the developers would have had to relinquish part of the valuable retail space if they included a hotel component. The profitability of the project should be the same with the pied-à-terres, Mr. Ceruzzi said.

“The retail is just so valuable that we wanted to be able to maximize our ability to profit from that,” he said. “And also to be able to have a large continuous block of space on the first floor on Fifth Avenue, that probably would be needed in order to get a larger tenant in there on two floors. A tenant would want as much space on the first floor that they could have.”

Retail will occupy 30,000 square feet on floors one through three. Building amenities will be on floors five, six and seven. There will be 20 to 25 floors with five or six pied-à-terre units per floor. Above will be the more standard units.

Handel Architects is tweaking the building design that was included in the property sale. The biggest change will be adding an outdoor terrace for residents.