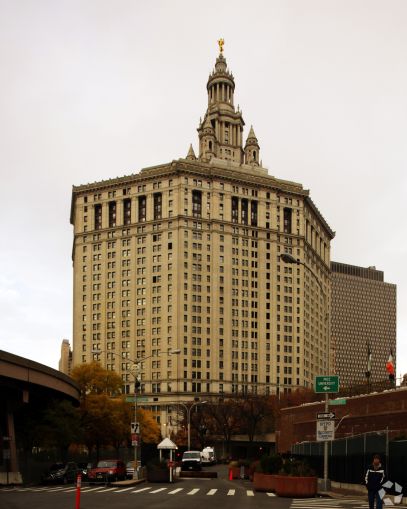 Mayor Bill de Blasio has a big gift for his former boss: a 40-story piece of real estate downtown.

The Manhattan Municipal Building will be renamed for former Mayor David Dinkins, announced Mr. de Blasio—and his wife, Chirlane McCray, whom he met while they both worked for the 106th mayor of New York.

“Those of us who were lucky to serve in the Dinkins Administration had the honor of serving a leader who took challenges head on,” Mr. de Blasio said in a statement. “He’s left an indelible impact on this city—and on Chirlane’s and my lives. We are so grateful for Mayor Dinkins’ decades of public service and everything he’s done to ensure a stronger, safer city. I can’t think of a more fitting tribute than to rename the Municipal Building, where he spent 14 years of his career, in his honor.”