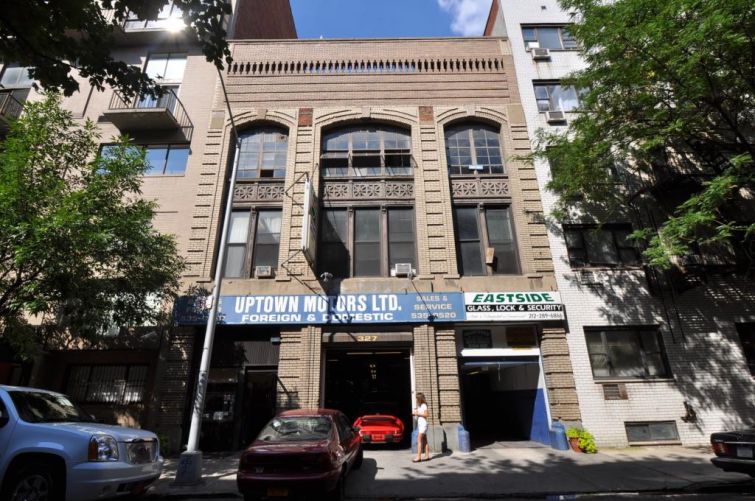 Commercial Observer has learned that the firm, led by Shai Shustik, bought the 11,583-square-foot property between First and Second Avenues from long-time private owner Cynthia Heinz for $11.8 million.

Instead of tearing down the 1920-erected building, Manhattan Residential plans to convert it into a five- or six-unit condo with an additional couple of floors tacked on top. The site provides 16,347 buildable square feet.

“We have high ceilings, so it’s going to be a very unique product,” Mr. Shustik told CO. “The building is like Fort Knox. It’s concrete and steel so we can add to the structure.”

An Ariel Property Advisors team of Victor Sozio, Michael Tortorici, Howard Raber, Shimon Shkury and Jesse Deutch represented the seller. Manhattan Residential did not have a broker in the transaction.

“In January we are going to celebrate 100 years and we are being pushed out the door.”—Andrew Buczek

The building is currently occupied by the 1916 auto repair shop Uptown Motors on a month-to-month basis. The company, which uses the first and third floors and subleases the second floor to a motorcycle repair shop, has been in the building for 45 years. Owner Andrew Buczek feels that his company is being forced out. The company is actively looking for a new location in the outer-boroughs.

“In January we are going to celebrate 100 years and we are being pushed out the door,” Mr. Buczek said. “The reality is everything in the city is being developed.”

Mr. Shustik countered by saying that Mr. Buczek had the first right of refusal to buy the property and that his lease expired months ago.

“They were offered the building from the seller and they opted not to buy it,” Mr. Shustik said. “He knew very well the building was on the market. He had a sweet-heart of a deal for a while and he has profited from it.”