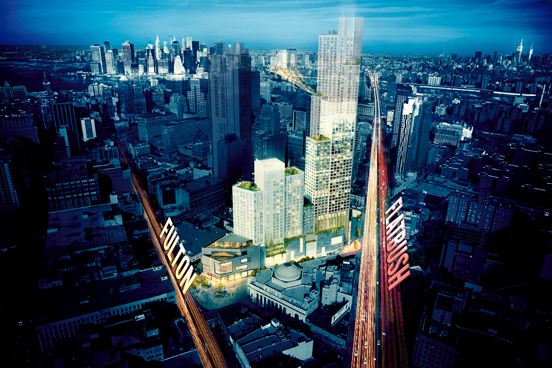 California-based Trader Joe’s has signed a 13,700-square-foot lease to be the grocery anchor tenant of City Point, a 1.8 million square feet mixed-use development in Downtown Brooklyn.

City Point’s Trader Joe’s will be adjacent to DeKalb Market Hall, a 26,000-square-foot food hall slated to open next year that will offer between 35 to 55 food vendors. The grocery chain will also join a host of retailers in the development, including Century 21, CityTarget (an urbanized version of Target) and Alamo Drafthouse Cinema.

“Like Trader Joe’s, City Point has remained steadfast in its commitment to providing local residents and visitors with a destination that meets their needs,” Chris Conlon, chief operating officer of Acadia, said in prepared remarks. “We’re confident that the grocer will become a staple of Downtown Brooklyn and its surrounding neighborhoods, serving the community for years to come.”

The Trader Joe’s at the development will be the borough’s third location. The popular grocery chain plans to open a Williamsburg outpost in Alliance Private Capital’s planned mixed-use development at 206 Kent Avenue, as Commercial Observer previously reported.