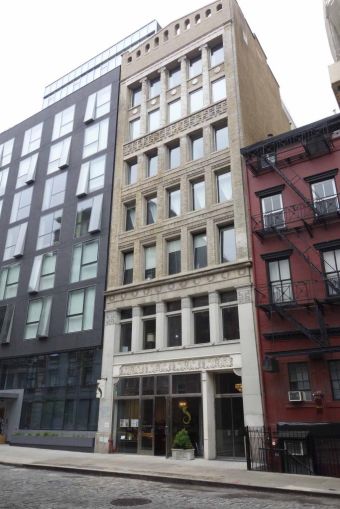 Lululemon Athletica is opening a Noho store at Thor Equities’ recently acquired 50 Bond Street, Commercial Observer has learned, with the existing tenant moving to a Thor building in the Flatiron District.

The high-end athleticwear brand inked a 10-year lease for the 6,400-square-foot retail condominium between Lafayette Street and The Bowery, according to the landlord. The condo breaks down to 3,400 square feet on the ground floor and 3,000 square feet on the lower level. It wasn’t immediately clear when Lululemon will take possession of the two-level space or when it will open.

“We are pleased to welcome Lululemon to one of New York’s trendiest retail neighborhoods,” said Melissa Gliatta of Thor in prepared remarks.

Thor represented itself in-house and Jeremy Ezra and Karen Bellantoni of RKF represented Lululemon. The RKF brokers declined to comment via a spokesman.

The asking rent was $250 per square foot on the ground floor. It will be the 11th New York City location for the Canadian fashion company that sells yoga pants anywhere from $98 to $128. The company has two locations in Soho at 125-127 Spring Street and 481 Broadway between Broome and Grand Streets.

Part of getting Lululemon at 50 Bond Street was finding a new home for the existing tenant.

Thor bought the retail condo at the 119-year-old building in April for $11 million, as The New York Post reported. Eva Scrivo Salon was the tenant at the time with 20 styling stations, a spa and a makeup area, the company’s website shows. The posh hairdresser was able to break its lease early at the building, moving to 139 Fifth Avenue, a Thor-owned building in the Flatiron District, according to the landlord.

Eva Scrivo will now be in 5,500 square feet on the second floor of the 34,500-square-foot building between East 20th and East 21st Streets. The deal is for 12 years, and Eva Scrivo did not have a broker.