The Future of WeWork: Revolution or Destitution? 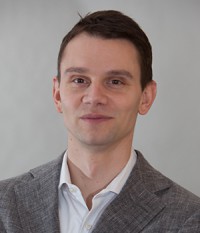 This is a great time to be a startup. Technology has helped reduce startup costs, a microeconomy has developed to service small company needs and, perhaps most important, venture capital has made rapid scalability possible. A recent Andreessen Horowitz study on U.S. tech funding found that, despite fears of a looming tech bubble, both early-round funding (where only a small amount of capital is at risk) and VC funding of “unicorns” (companies valued at over $1 billion) have increased dramatically. It is this latter group that has many analysts questioning whether such lofty valuations are warranted over the long (or even medium) run. Perhaps the most polarizing recent valuation has been that of WeWork, the three-year-old office space provider that set out to revolutionize commercial leasing by offering flexibility, millennial-friendly amenities and curated spaces geared toward collaboration—all without owning any actual real estate.

At $10 billion, WeWork is valued at more than almost every publicly-traded company that owns tangible, honest-to-goodness office buildings in the U.S. What’s more, the valuation translates to nearly $3,000 per square foot of office space WeWork has leased, or roughly 400 percent more than the value of any comparable office space in New York or San Francisco.

While WeWork has undeniably created an offering that’s easy to buy into, many wreal estate industry insiders find the gaudy valuation to be completely insane. For an industry used to valuing hard assets based on relatively consistent multiples of NOI, the sheer amount of growth speculation priced into WeWork’s valuation is difficult to reconcile. The main issue with WeWork’s model is fairly straightforward: they are operating on 10-plus year fixed leases with landlords (the actual owners of their 3.6 million square feet of leased office space), while short-term leasing to individuals and startups that are immediately responsive to fluctuating economic conditions. What happens when, five years into a 10-year lease, job creation and consumer confidence slow, demand dries up and tenants either close or spurn the mood lighting and keg taps of their WeWork space for the thrift of a coffee shop or home office?

While WeWork’s valuation may seem farfetched, these criticisms ignore a few entrenched advantages WeWork has:

They have some real margin to play with: While margins vary by location, one recent study estimated WeWork’s lowest margins (in San Francisco’s South Financial District) at nearly 40 percent, while on the high end gross margin reaches almost 70 percent. In other words, they have some cushion, and by the time the bulk of their leases expire, they will have the geographic diversification to double down where hearty margins remain, and stand toe-to-toe with landlords when negotiating at the threshold of profitability.

They have resources: The lofty valuation seems based in part on the perception that WeWork is a visionary disruptor, and will make prescient moves to maintain its market dominance going forward (Wall Street has clearly made this assumption regarding Amazon). Right or wrong, WeWork has a sizeable war chest, and could pivot dramatically in response to market conditions. Namely, there may come a day when WeWork surveys a landscape of depressed prices and starts actually buying up property.

They do, in fact, provide value: The presumption that current WeWork tenants will immediately bolt for a coffee shop at the first sign of a downturn unfairly discredits the essence of WeWork’s value proposition. Maybe people actually prefer the curated experience of WeWork to the drone of a coffee grinder. They have also layered on real benefits to small companies, including an internal social network that facilitates service sharing and networking, access to discounted healthcare, accounting and legal services and flexible conference spaces for client meetings. WeWork has created a narrative and a brand that customers have bought into, and it seems unlikely that space leased through WeWork would be the first line item for a small business to slash in lean times. After all, WeWork came to prominence during a down economy, and had no trouble with occupancy (granted, with a much smaller leasing footprint).

It will be interesting to see what happens when WeWork stops being the alternative upstart and becomes part of the status quo. Part of WeWork’s allure is as a steward of the lean, fun startup ethos that so many of its tenants espouse. This is easy enough at the present moment, with margins sky-high, the economy humming and investor optimism through the roof. There’s an old adage in the tech startup world, though: when the snack supply starts to wear thin, get your resume ready. If landlords or the economy put the squeeze on WeWork, or WeWork itself becomes the landlord, the amenities may be less plentiful, rents may rise or, quite simply, WeWork’s brand credibility may dry up.

The problems on the horizon for WeWork are easy to spot: declining margins on the rent arbitrage they rely on, increased competition and the perils of adapting into a mature company. Clear obstacles provide good companies with time to plan and adapt and, so far, WeWork has met that challenge. They have tapped into a real shift in the way people work; that will not just suddenly reverse course.

Charles Clinton is the CEO of Equity Multiple.