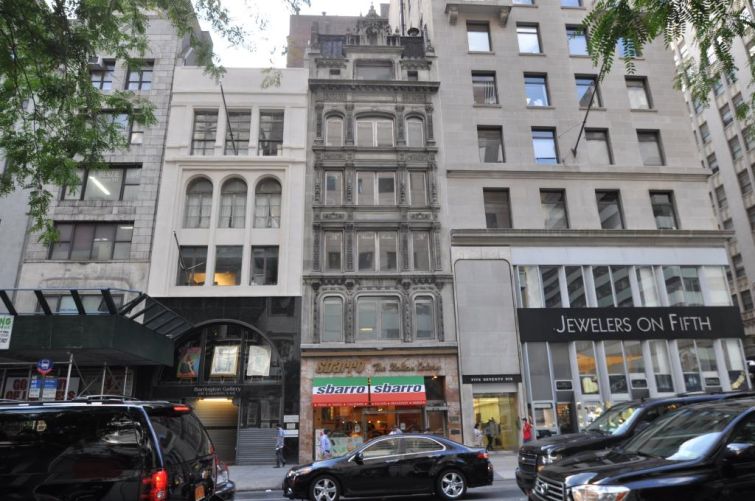 The city’s largest commercial property owner is dropping some more weight after its massive purchase.

SL Green Realty Corporation has reached an agreement to sell two retail development sites at 570 and 574 Fifth Avenue in Midtown for a combined $125 million, the company announced today. The sale is part of SL Green’s plan to help finance its $2.6 billion purchase for the enormous 30-story 11 Madison Avenue building.

The sites that were sold are located between West 47th and West 46th Street. The deal has not closed yet, but will before the end of the year, according to a news release. The buyer’s identity was not immediately available. SL Green purchased the properties in November 2013 from Gary Barnett’s Extell Development for a total of $78.7 million.

“With this transaction, SL Green will realize returns on its original investment that are consistent with our original underwriting without having incurred any development risk,” Brett Herschenfeld, an SL Green managing director, said in prepared remarks. “In addition, the sale provides a source of equity capital that can be tax efficiently redeployed into Eleven Madison on an immediately accretive basis.”

In August, SL Green made headlines when it closed on the sale for 11 Madison Avenue from the Sapir Organization. Since then, the firm has sold off a number of properties to fund the purchase including Tower 45 at 120 West 45th Street for $365 million, as Commercial Observer previously reported.