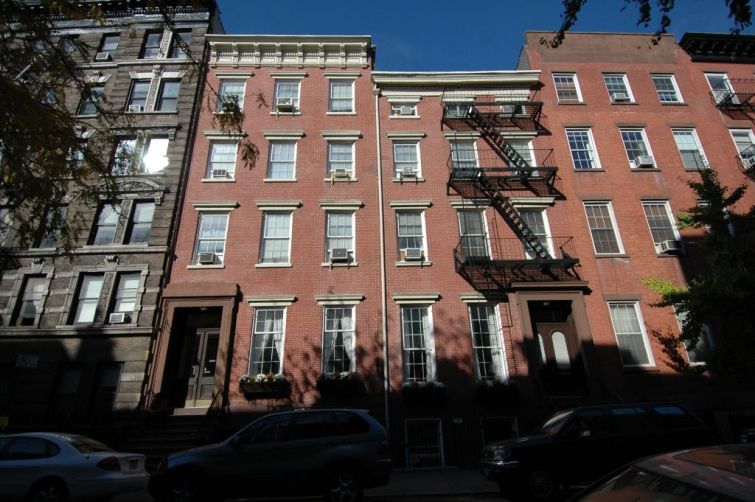 United Methodist Women, a denominational faith organization, is heading the route of other nonprofits across the city and cashing in on some of its real estate.

After nearly a century of ownership, the women and children advocacy group is selling its two contiguous brick townhouses at 273-275 West 11th Street in the Greenwich Village Historic District that could sell for upwards of $44 million, Commercial Observer has learned.

The five-story townhouses total 13,900 square feet between West 4th and Bleecker Streets. United Methodist Women has owned the properties known as the Alma Mathews House since 1920 and the organization operates a guesthouse and conference center through the properties for nonprofits across the country, according to its website. The nonprofit is still currently running operations in the properties.

“Like a lot of nonprofits in the city, they realized that they don’t need to be there anymore and the evaluations have reached the point where they just want to use the money to support their operations elsewhere,” said Eastern Consolidated’s Chad Sinsheimer, who is marketing the properties with colleagues Steven Zimmerman and Tripp Lyons.

The Eastern Consolidated brokers are labeling the properties as a residential conversion project. They valued the buildings at $3,200 per square foot based on the sale of a similar property nearby last year, 27 Christopher Street. In that deal, the nonprofit New York Foundling sold a 14,540-square-foot limestone and brick building (at about $3,100 per square foot) for $45 million, as the New York Daily News reported. Felix Baker of biopharmaceutical company Synageva BioPharma Corp. bought that property and plans to turn it into a mansion, as The New York Post reported.

The United Methodist Women townhouses are named after  immigrants rights pioneer Alma Mathews, who worked with people arriving in New York City from 1888 to 1926, according to the nonprofit’s website. One of the buildings served as a home for immigrant women and girls in the early 20th century.

A 2,100-square-foot private outdoor garden and an elevator in 275 West 11th Street are some of the amenities in the properties.

United Methodist Women has other locations in the city, including its national offices on the 15th floor of 475 Riverside Drive between West 120th and West 119th Streets near Columbia University’s campus.

The trend of nonprofits cashing in on their buildings for condos or small leases, and using the money for operations has been well documented; New York-based nonprofit SCO Family of Services recently sold its Brooklyn foster care and child clinic building at 570 Fulton Street for $22.9 million after more than three decades of ownership, as CO reported yesterday.