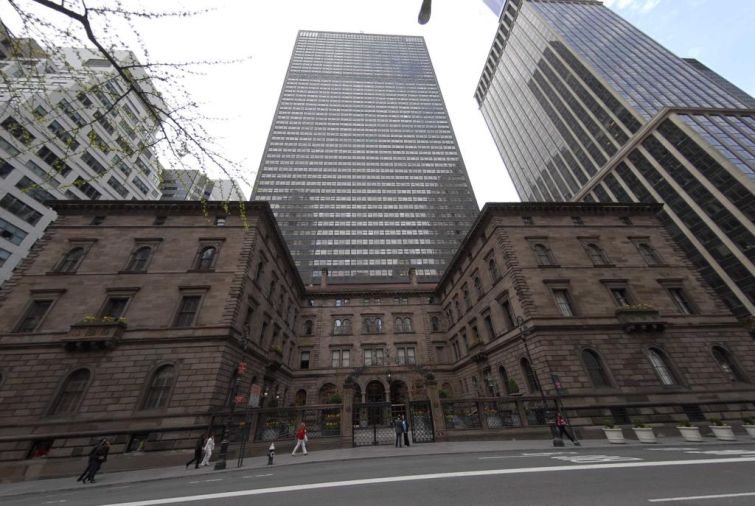 South Korean-based luxury hotel operator Lotte Group has closed on the purchase of the 909-key New York Palace Hotel in Midtown for $805 million from Northwood Investors.

The sale of the landmarked 55-story tower at 455 Madison Avenue between East 50th and East 51st Streets went in contract in May, as Reuters previously reported.

Lotte’s “deal is the largest single American asset purchase by a [South] Korean company,” according to a news release from Hodges Ward Elliott, which handled the deal for Lotte.

The South Korean company, which owns 18 hotels in five countries, including Russia and Vietnam, announced in a separate release that it changed the name of the hotel to Lotte New York Palace.

“We are pleased to be continuing our global expansion by entering the North American market with such a prestigious landmarked property,” Lotte’s Chief Executive Officer Yongdok Song said in prepared remarks.

Northwood Investors purchased the hotel in 2011 for $400 million, as The Real Deal reported. In 2013, the company then engaged in a $160 million renovation of the property. The revitalization included a redesign of hotel rooms, improvements to a 24,000-square-foot event space, new lobbies and specialty suites, as well as mechanical and electrical upgrades.

Representatives for Northwood Investors did not immediately return calls for comment on the transaction.