Hospitals Account for $1B in Construction Starts Through June: Report 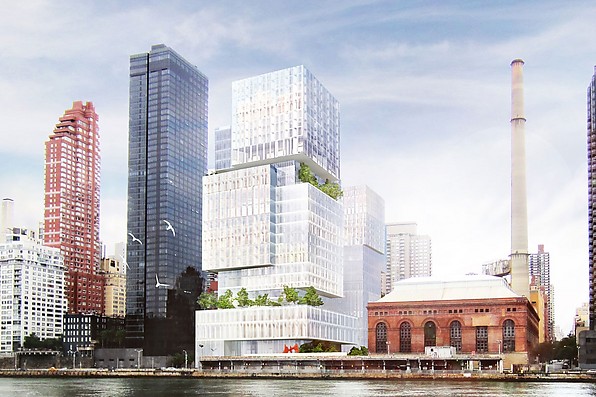 Maybe New York City hospitals aren’t so dead after all.

In the last few years, many experts lamented that hospitals in New York City are dying, with institutions shuttering at an average of nearly one hospital per year since 2006, as Commercial Observer previously reported.

But it seems the tide is turning with numerous New York City private and public hospitals renovating and expanding, and the medical industry accounting for more than $1 billion (or 35 percent) in construction projects initiated during the first half of this year, according to a New York Building Congress analysis of construction data from Dodge Data & Analytics released today.

Memorial Sloan Kettering Cancer Center’s 1.2-million-square-foot complex at 525 East 73rd Street, which is the largest institutional project started this year, also ranks as the third most valuable medical development in the past seven years, the report said. MSKCC’s project, which is developing alongside Hunter College, is only surpassed by New York-Presbyterian’s Koch Ambulatory Care Center and NYU Langone’s Kimmel Center, which both started construction last year.

The Building Congress report also highlighted that construction starts, or projects that commenced, for public and private institutions as a whole—such as schools, libraries, courts, hospitals and churches—through the first six months of 2015 was worth $2.9 billion. That number is up from just $796 million for the first six months of 2014. (New York City construction starts for all developments—including residential projects—was worth $26.1 billion in 2014, according to a previous Building Congress report.)

“New York City’s public and private institutions continue to demonstrate a remarkable consistency in terms of their willingness and ability to methodically invest in maintaining and upgrading their facilities for the long haul,” Building Congress President Richard Anderson said in prepared remarks. “Unlike the residential sector, which can quickly go from boom to bust and back again based on economic conditions, the institutional sector has proven to be a reliable and consistent source of construction activity year in and year out.”

Besides hospitals, money has been flowing to build education facilities as well.

Of the institutional projects started in the first half of 2015, New York City public elementary and secondary schools schools accounted for 33 percent or about $960 million worth in construction. In addition, colleges and universities accounted for 23 percent of construction starts.