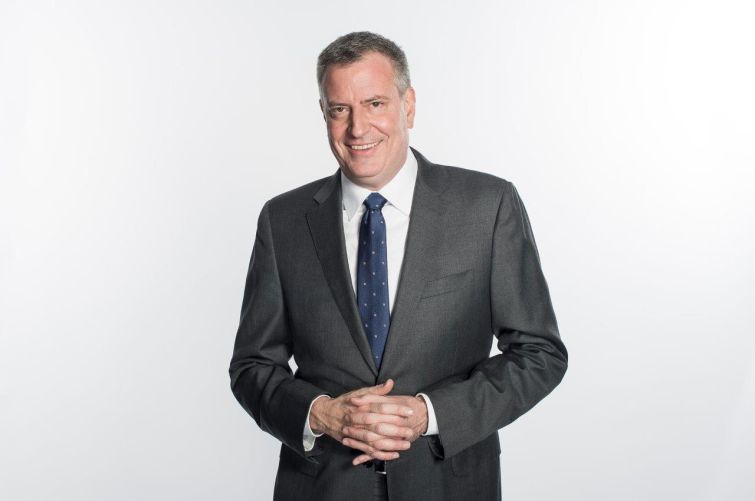 Mr. de Blasio signed new legislation on September 3 that creates additional restrictions and penalties for landlords that behave in a way that constitutes the new description of harassment. The new laws build upon already existing legislation while also creating additional regulations, which include a specific restriction of contact between tenant and landlord with an allotted time period, that can be punishable in a criminal court.

The new laws, which were introduced in April before being signed by Mayor de Blasio, prohibit repeated buyout offers within 180 days of a tenant giving their explicit written refusal, as well as making it unlawful for an owner to threaten, harass or mislead a tenant in connection to a buyout offer. The law also prohibits owners from making a buyout offer without informing tenants in writing of who is contacting them and why, and of their rights (like, for example, to have an attorney; that they can refuse the buyout offer and remain in the unit; and that they can refuse further contact by the owner).

“We don’t let tenants be intimidated and forced out of their homes,” Mr. de Blasio announced in statement, “These new laws protect tenants from harassment and aggressive buyout schemes.”

City officials said that tenant harassment complaints in the city’s Housing Court have almost doubled since 2011, and tenants have described landlords using less than ethical strategies to force rent-regulated tenants out—repeatedly calling tenants and their children, showing up at a tenant’s workplace and using all around questionable tactics in approaching tenants.

This new legislation is the latest in a series of actions Mayor de Blasio has enacted since taking office.

Last September, the mayor signed two laws that were also intended to curb tenant harassment, including Intro 48-A, which requires the Department of Housing Preservation and Development to maintain a housing information guide publicly for tenants and owners of buildings, which includes the responsibilities of owners and requires owners to post notice of the availability of this guide to all tenants.

Also, Mr. de Blasio enacted 129-A, which increased the civil penalties property owners are subject to if found guilty of tenant harassment—the max penalty doubled from $5,000 to $10,000. The law also mandated that HPD would post on its website each instance where a court found an owner had harassed a tenant, to discover easily if an owner of a building has a history of harassment—essentially, a name and shame tactic is at play here.

The new legislation, which will go into effect in three months, has already created a bit of controversy.

For some, the new laws are an unnecessary addition to preexisting statutes, which already outline the ways in which a landlord is permitted to communicate with a tenant—improper conduct by landlords is addressed in a number of places within the legal system, complete with significant punishments and restrictions.

“All of the fears that this new law is intended to address are already covered multiple times,” said Sherwin Belkin, a founding partner at the law firm Belkin Burden Wenig & Goldman. “There are already numerous laws on the books barring harassment, fining and punishing owners for harassment, and potentially permitting criminal prosecution for harassment of tenants.”

There is, however, a rather important addition to the preexisting laws.

“They added making a buyout offer to a tenant to the definition of harassment, unless you make it in accordance with the bill,” Luise Barrack, an attorney at Rosenberg and Estis, told Commercial Observer, adding that the new law takes previous legislation to a new level—now, there is “the idea that speaking to somebody about something could result in a harassment charge.”

From a legal—and practical—standpoint, it’s somewhat difficult to validate the fact that a conversation between a tenant and landlord could be considered unlawful under the new legislation, and for Mr. Belkin, the new statutes “paint with an extraordinarily large brush to say that the frequency of mere speech in and of itself may constitute harassment. Now, discussing with a tenant potential terms under which a tenant might agree to vacate, and having a further discussion with that tenants sooner than a half-a-year from first discussion is a potential harassment.

“Mandating that speech be made in a certain manner, that verbal [communication] is now required to be reduced to writing, and I think that starts us down a slippery slope,” Mr. Belkin continued, “stating that the frequency with which the speech or communication happens is in and of itself potential harassment pushes us further down that slope.”

Mr. Belkin noted that there is also a constitutional issue at play.

“The constitution says that there shall be no law abridging freedom of speech, and this simply says that certain type of speech, depending upon its frequency, in and of itself, is barred, and is subject to punitive action.

“To say that a landlord either directly or through a representative cannot have a benign conversation with someone with whom they are in contractual relationship with; that strikes me as on rather shaky constitutional ground,” Mr. Belkin opined. “It’s very troubling that a progressive administration is willing to curtail the rights of owners, potentially curtail their ability to communicate with their tenants, to have discussions in a non-threatening, benign fashion.”

There’s also the possibility that tenants could actually lose out on monetary gains because of the new laws.

These types of conversations between tenants and landlords are “because the owners want to renovate, demolish or convert the building, and there is normally an economic incentive for the owner. What the statute is forgetting is that there are innumerable tools under which owner can seek tenant eviction.” Mr. Belkin pointed out that there’s the possibility under the new laws that the “tenant will get either nothing or a very modest stipend. In these reach outs, tenants able to amicably resolve potential disputes receive far more than they would potentially receive under law if the owner pursued legal remedies.”

Mr. Belkin recalled a recent incident in which a building owner who was looking to renovate apartments came to him, after a prior attorney had communicated with some of the tenants and was entirely rebuffed.

“After the owner then consulted with me, I looked and told him he wasn’t being realistic in terms of what he was putting on the table. In one instance, the tenant was a senior citizen, and in my experience, seniors are less interested in money than in a place to live. The owner looked and saw that he had another apartment and would renovate it—it was less than six months after the first attorney’s communication, and I reached out to the tenants. In one, I reached out with a monetary offer that was bigger than before. We went to the table and reached an amicable agreement. In another, the senior citizen was thrilled at the prospect of being able to move into a renovated apartment, at what we agreed to was a reduced rate and compensation for agreeing to move. My client got to renovate the apartment, and both tenants received what they were looking for—no intimidation, no harassment, nothing improper.”

Under the new statute, Mr. Belkin and his client could be subject to significant penalties for approaching the tenants before the 180-day period had passed.

Robert Knakal, the chairman of investment sales at Cushman & Wakefield, noted that the new laws will “make it even more difficult for tenants to receive windfalls in terms of getting bought out of their apartments,” and that these buyouts are often “very beneficial for tenants.” At the same time, the new laws could possibly promote an “adversarial” relationship between the tenant and the owner.

According to Mr. Knakal, the new legislation will also create “yet another excuse for litigation,” because “whenever a tenant is litigating with the owner, they stop paying rent.” In this vein, the legislation provides tenants with an additional tool to somewhat take advantage of the rent-regulated system in the city.

“A property owner could read that a tenant has made $10 million a year for last two years in the paper, but if the owner brings a suit against the tenant for high income deregulation, the tenants can now turn around and say the landlord is harassing them,” Mr. Knakal continued. “Never in the history of the city has a tenant gone to an owner and said, ‘I’m illegally subletting my apartment,” or ‘I actually have a primary residence in Westchester.’

“The underlying theme of [it] is that politicians always refer to rent regulated housing as affordable housing, but there is nothing affordable about it because there is no determination of what someone makes and how affordable that unit is to them,” Mr. Knakal added.

The new laws are seen in a far more promising light by tenants and their lawyers, though the idea that the legislation will serve as a useful tool in litigation is actually much the same, as noted by real estate attorney Steven Wagner, who works primarily with tenants against landlords.

“Developers’ time is money,” Mr. Wagner stated matter-of-factly. “They need to build their buildings, they pay interest, they have investors. It puts a substantial kink in the investment that the developers investors have put in—if you have to get people of a building in order to develop the property and you can’t even talk to the people for six months, that’s a problem.”

But Mr. Wagner knows he has much to gain from the new laws Mr. de Blasio has signed.

“Preventing developers from even talking to tenants without it being harassment? That’s a nice new tool in my toolbox.

Introduction 757-A: Sponsored by Council Speaker Melissa Mark-Viverito, this amends Housing Maintenance Code’s definition of “harassment” to make it unlawful for an owner to contact a tenant about a buyout offer within 180 days after the tenant has already notified the owner or his or her agent—in writing—that the tenant is not interested in the buyout.

Introduction 682-A: Sponsored by Council Member Dan Garodnick, this amends Housing Maintenance Code’s definition of “harassment” to make it unlawful for a dwelling owner (landlord) in connection with a buyout offer to:

Threaten, intimidate or use profane or obscene language.

Contact tenants at odd hours or with such frequency as to reasonably be expected to abuse or harass.

Contact tenants at their place of employment without prior written consent.

Knowingly falsify or misrepresent information provided to the tenant.

Introduction 700-A: Sponsored by Council Member Jumaane Williams, ensures tenants are aware of their rights in connection with buyout offers by making it unlawful for a tenant to be contacted regarding a buyout offer without being notified of the below in writing:

That they can refuse any offer made and may continue to occupy their dwelling unit.

That they may seek the guidance of an attorney regarding any offer made.

That such contact is made by or on behalf of the owner.

That they may refuse any further contact regarding a buyout offer for a period of 180 days, unless the contact is authorized by the court or if notified in writing by the tenant that there is interest by the tenant in receiving such communication.