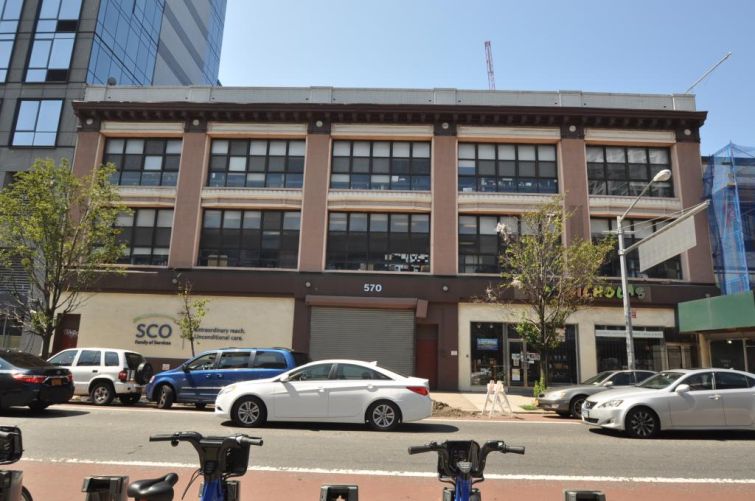 Slate Property Group was the buyer and took out a $15 million loan from Bank of the Ozarks for its purchase, according to property records that hit the system today. Slate has more than 30 residential and mixed-use properties in New York, according to its website.

SCO Family of Services first put the property on the market last September, becoming one of a slew of nonprofits that are cashing in on favorable real estate sales prices around the city. It’s a big gain for the organization, which paid just $500,000 for the property in 1985.

“Being in a strong real estate market in Brooklyn, SCO and its board of directors have decided to sell the building that we’ve owned and occupied for nearly three decades,” said Douglas O’Dell, the executive director of SCO Family of Services.

Proceeds will be used to fund their programs in New York City and on Long Island. As a result of the sale, SCO has relocated approximately 125 employees to 224 Nevins Street in Brooklyn. The foster care, homeless shelter and family services provider has more than 100 locations in the metropolitan area.

The deal for the three-story, 20,800-square-foot building closed on Sept. 18. Ofer Cohen of TerraCRG represented SCO and was the sole broker in the transaction. The site boasts up to 86,300 buildable square foot for mixed-use development under the city’s inclusionary housing program, according to the listing by TerraCRG. Slate was not immediately available for comment.

Slate is likely to turn the building into condominiums, according to The Real Deal, which reported last week that the sale was closing.

The need for quality condo inventory, proximity to the Brooklyn Cultural District and several subway lines, has garnered high buyer interests in the property, which is adjacent to the future site of The Carlyle Group’s 1 Flatbush Avenue project, the listing noted.