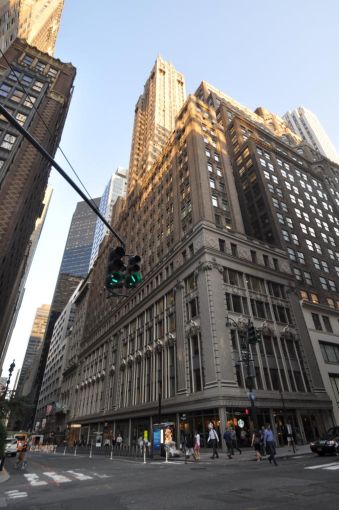 An environmental consulting firm has inked a seven-year deal to relocate from Midtown South to The Eretz Group‘s 295 Madison Avenue between East 40th and East 41st Streets in the Grand Central Terminal area, Commercial Observer has learned.

Environmental Resource Management will take roughly 5,000 square feet on part of the eighth floor of the 330,000-square-foot building, a source familiar with the deal told CO. The asking rent in the deal was $65 per square foot. The firm is relocating from 235 Park Avenue South between East 19th and East 20th Streets.

The move will be a downsize for ERM, which advises both industrial and non-industrial companies on environmental issues. The firm currently leases 6,600 square feet on the fourth floor at 235 Park Avenue South, according to CoStar data, with 22 employees based in that office.

Kirill Azovtsev and Jim Wenk of JLL represented the tenant, according to CoStar, while William S. Fressle, Kelli Berke, Andrew Braver and Greg Kuhlman of Cushman & Wakefield represented the landlord. The JLL brokers were not immediately available for comment, and C&W declined to comment via a spokeswoman.

Westbrook Partners and the Moinian Group sold 295 Madison Avenue to The Eretz Group in 2013 for north of $200 million, as CO previously reported. Tenants in the building include the employment agency Society Staffing, the investment firm Sontag Advisory and the law firm Malapero & Prisco.