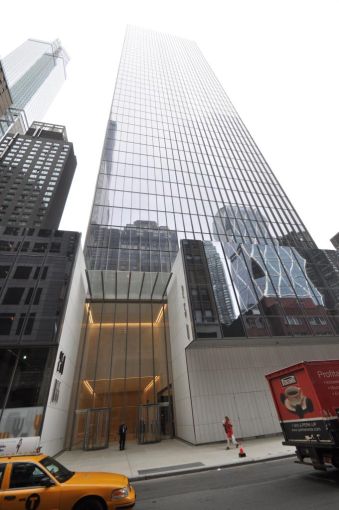 Dwight Capital has assumed the space on the 30th floor through a 10-year deal with an asking rent of over $100 per square foot, according to a source with knowledge of the deal. The firm moved from 2,200 square feet at the Paramount Building at 1501 Broadway between West 43rd and 44th Streets.

Josh Sasouness, a managing principal at Dwight Capital, told CO the firm wanted to move because it has added “more businesses and [has] more employees.” The company has launched a $30 million hedge fund as well as an asset-based lending arm, he explained.

“The new businesses entail managing equity so we needed a nicer more presentable space for that,” Mr. Sasouness said. “We went from a B-plus building to an A-plus building.”

Prior to the move to the 30th floor at 250 West 55th Street, Dwight Capital spent three months in temporary space in the building.

CBRE’s Peter Turchin, Sam Seiler and Christie Harle represented Boston Properties in the deal. A CBRE spokesman didn’t respond with a comment from the brokers. Daniel Lolai of LSL Advisors brokered the deal on behalf of Dwight Capital. He declined to comment.