Bowery on the Upswing as Development Site Hits the Market 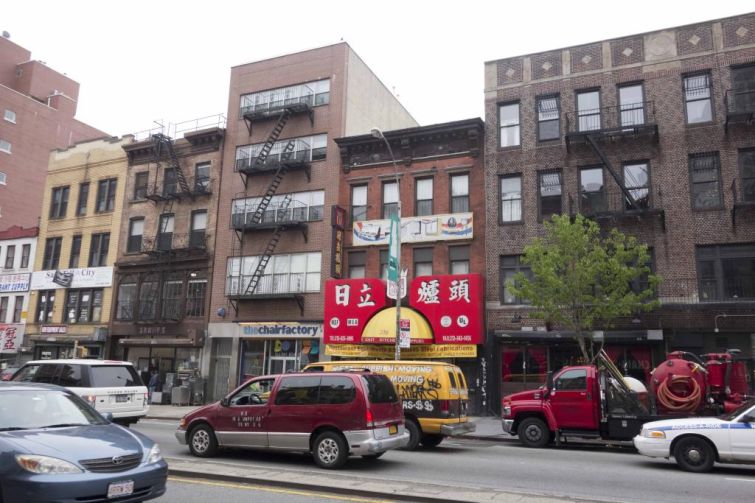 The Bowery continues to get spruced up, even though the graffiti seems like it’s staying.

In the last few months, properties along the strip that spans Little Italy and Nolita have garnered a lot of interest. The International Center of Photography is moving its museum there; RFR Realty has leased its entire building to a group of artists; last year, Thor Equities paid $4 million for the 1,600-square-foot retail condominium at 195 Bowery—more than double the price when it traded hands in 2006.

And now, the owner of 216 Bowery, listed in property records as Robert E. Balter, is looking to sell his 4,900-square-foot building between Prince and Spring Streets, Commercial Observer has learned. The site currently is home to a vacant, three-story building with the development potential to triple its size to 15,000 square feet, according to a press release from Eastern Consolidated, the brokerage tapped to market the building.

Adelaide Polsinelli, a principal of Eastern Consolidated who’s courting the building to potential buyers, said there wasn’t a set asking price for the property yet. She noted to CO, however, that she brokered the December 2012 sale of 210 Bowery a few doors down for a “very aggressive” $835 per square foot—a price she’s hoping to get north of in the 216 Bowery Sale. Doing the math, that range could be anywhere from $4.1 million for the current 4,900 square feet.

“Given the huge cultural  influence taking root here, it’s quickly becoming an art and entertainment mecca feeding off the museum, cultural centers, galleries, hotels and fresh new creative residential development,” Ms. Polsinelli said in an email. “The wide pedestrian expanse of sidewalk area allows for a variety of exciting retail options that will complement this trend.”

There’s been a lot of activity along the mile-long thoroughfare in the last few months alone, especially when it comes to the art world. In February, the International Center of Photography closed on the 11,000-square-foot commercial condominium at 250 Bowery between Prince and East Houston Streets—relocating the organization’s museum to the site from 1133 Avenue of the Americas in Midtown. The photo education center and curator paid $23.5 million for the two-level condo, as CO previously reported.

RFR announced in April that it signed a consortium of fashion-related artists to 190 Bowery, also between Prince and Spring Streets. The group will be taking 29,750 square feet on the second through sixth floors, CO reported at the time. Jordan Claffey, the head of RFR Retail, is currently marketing about 6,000 square feet of retail on the graffitied building’s ground floor.

The Bowery is one area that RFR has been targeting, along with Soho, RFR Co-Founder Aby Rosen told CO in an August profile on Mr. Claffey.