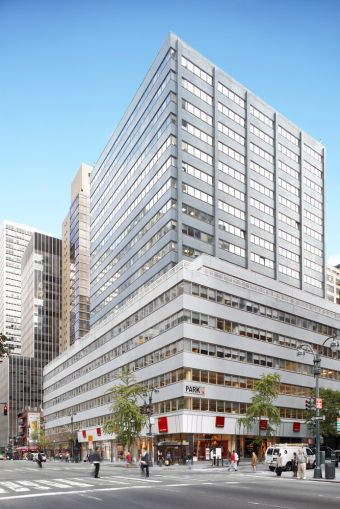 Ackman-Ziff Real Estate Group, a brokerage specializing in finance, is relocating from one SL Green Realty Corp. building to another in a 10-year deal, Commercial Observer has learned.

The real estate debt firm has inked a 19,025-square-foot deal for a new headquarters at 711 Third Avenue between East 44th and East 45th Streets, according to the landlord. The 10-year deal puts the company on the entire 11th floor of the 20-story building in Midtown East.

Asking rent at the 546,300-square-foot 711 Third Avenue is $65 per square foot. Howard Tenenbaum and Gary Rosen represented the landlord in-house, while the tenant did not have a broker.

Ackman-Ziff Real Estate Group will be relocating from 110 East 42nd Street between Park and Lexington Avenues, which is also owned by SL Green. The company will upgrade its size in the deal, too. It currently leases 17,984 square feet on the 10th floor, according to CoStar.

“We were very pleased to accommodate Ackman Ziff’s need for larger space and a new work environment by relocating them within our portfolio,” said Steven Durels, SL Green’s head of leasing and real property, in prepared remarks.

At 711 Third Avenue, Ackman-Ziff Real Estate Group will be amongst tenants such as lifestyle magazine publisher Niche Media Holdings, Children’s Aid Society and Chicago Title Insurance. The landlord has also renovated the lobby, as well as installed new bathrooms and elevator cabs.