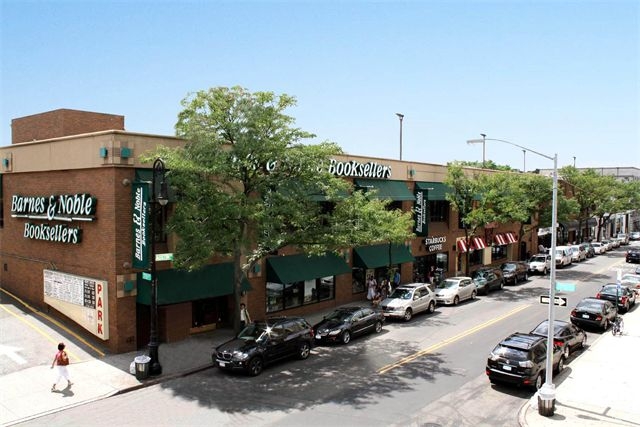 Muss Development has homed in on a replacement to fill the Forest Hills retail space soon to be vacated by 20-year tenant Barnes & Noble.

The landlord announced that a flexible-format Target was headed to 7000 Austin Street in a 15-year deal. The big-box retailer is taking 20,795 square feet along the popular Queens shopping strip, and is slated to open in mid-2016. The asking rent was not immediately available.

This will be the first flexible format Target in New York City, with other locations rolling out in California, Chicago and Virginia, according to the company. The idea behind the urban-centric store layout is that it’s “locally relevant” and built to suit the shopping needs of a given community, with shopping options tailored to what the residents of Forest Hills might want.

“It is in the center of a high-traffic, residential area and Forest Hills is the quintessential Queens neighborhood,” said Jason Muss, a principal of Muss Development, in prepared remarks. “Target will be a great anchor store and tremendous addition to Austin Street, one of the most popular shopping corridors in Queens.”

Mr. Muss said in a press release that Target was invested in the two-level store beyond the current terms of the lease, which will run through 2031.

“Target is one of the most popular retailers in the country,” he said. “We are both in this for the long haul, and will constantly be looking toward the future to meet the needs of this ever-growing neighborhood.”

Longtime tenant Barnes & Noble opted not to renew its lease at the building when it runs out in 2016, according to the New York Daily News, which first reported news of the deal. The last Queens location for the bookseller is in a single-floor location at the Bay Terrace shopping center in Bayside. A Barnes & Noble across the street from St. John’s University at 176-60 Union Turnpike closed its doors in Hillcrest at the end of last year, as the paper reported. The book might close on the Bay Terrace location as well, an industry source told Commercial Observer.

The contraction of Barnes & Noble comes as Target adds on to its footprint in the outer borough. The retailer has locations at 13505 20th Avenue in College Point, a two-level location in the Skyview Center in Flushing, as well as a store in the Queens Place shopping Center at 8801 Queens Boulevard in Elmhurst.