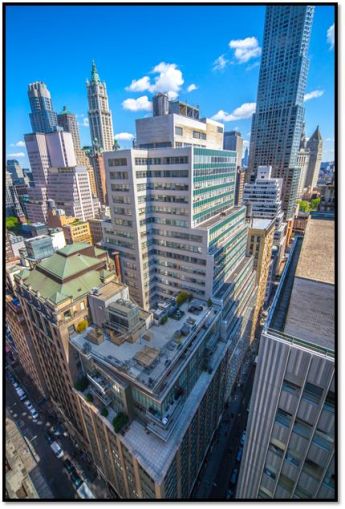 The Rent Stabilization Association, a residential housing advocacy group, is moving downstairs at its longtime home at 123 William Street, Commercial Observer has learned.

The organization is moving to 17,811 square feet on the 12th floor of the building between John and Fulton Streets in the nearly 11-year deal, according to CBRE. It’s been in a similar space on the 14th floor of the 550,000-square-foot building for the last 20 years.

Asking rent in the deal was $50 per square foot.

Mark Ravesloot and Scott Sloves of CBRE represented RSA, while their colleagues Brad Gerla and Jonathan Cope represented landlord American Realty Capital. The brokers were not immediately available for comment.

American Realty Capital announced in February that it was buying the 27-story building for $253 million. At the time it was 81 percent leased, as CO reported.

The building has been on a leasing spree as of late, luring longtime Midtown tenant Planned Parenthood to Downtown. The reproduction education group sold off its office condominium at 424 West 33rd Street to Brookfield Property Partners earlier this year for almost $70 million, and is moving into 65,000 square feet at 123 William Street.