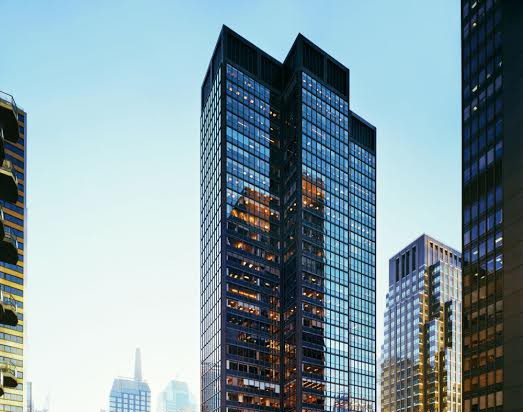 Nomura Research Institute Americas, a provider of information technology research and services, has signed a lease of 10-plus years for the entire 17,320-square-foot 25th floor of 810 Seventh Avenue, according to landlord SL Green Realty Corp.

The Japanese-based firm is relocating from its 7,112-square-foot space on the 11th floor of the building between West 52nd and West 53rd Streets, as The New York Post first reported.

Asking rent in the 41-story, 750,000-square-foot building is $68 per square feet, according to a spokeswoman for SL Green.

“We are delighted to have been able to accommodate Nomura’s rapid growth,” Steven Durels, SL Green’s director of leasing, said in prepared remarks. “Numerous high-profile financial service companies have been attracted to 810 Seventh due to the building’s recent capital program and sweeping views of Central Park.”

Nomura was represented by a Cushman & Wakefield team of Tara Stacom, Barry Zeller, Justin Royce, Connor Daugstrup and Matthias Li. The C&W brokers were not immediately available to comment on the deal.

“The floor itself has terrific views of both the Hudson River and Central Park,” Mr. Zeller told Commercial Observer. “The efficiency of the floor works well for the space program of Nomura and what I think is interesting about that floor is it has six corners. When you are talking about views and executive offices, to have the opportunity to have six corners is typically advantageous to most firms.”