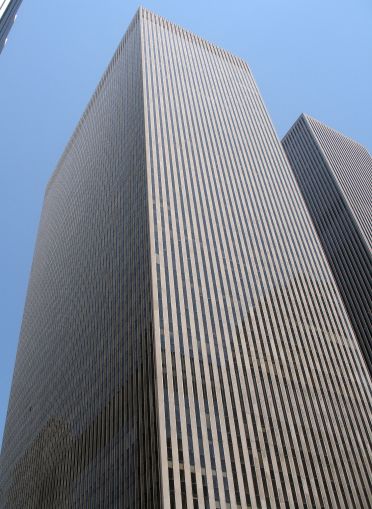 1211 Avenue of the Americas. danibalbi

In light of the record wide pricing the commercial mortgage-backed securities market has seen this summer, the recently closed loan on 1211 Avenue of the Americas points to the ever-increasing uptick in defeasance.

The $1.04 billion loan on the News Corporation Building is being used to retire existing debt, $675 million of which is securitized across two 2006-vintage CMBS loans, according to data from Trepp. The defeasance, or prepayment, will adjust credit enhancement levels in LBUBS 2006-C6 and LBUBS 2006-C7, both of which mature in 2016.

“The increased credit enhancements could mean improved credit ratings for the future deal for this loan,” Sean Barrie, an analyst at the New York-based data firm, told Commercial Observer.

Of the preexisting $675 million in CMBS exposure, a $400 million portion comprised about 17 percent of LBUBS 2006-C6, making it the largest note in the entire pool. Lehman Brothers originated the $3.12 billion loan in 2006. It now carries a balance of $1.96 billion with roughly 24 percent of its collateral defeased and backed by U.S. Treasuries.

Lehman also originated the second, $275 million note on 1211 Avenue of the Americas in LBUBS 2006-C7 in 2006. The retired loan held a $3.02 billion balance at the time of origination and now carries a balance of $1.79 billion. That loan accounted for 13.3 percent of the CMBS deal, making it the second largest note in the pool. Now, nearly 40 percent of the total deal is defeased.

The 1211 Avenue of the Americas CMBS deal is collateralized by the 45-story, two-million-square-foot office tower located on Sixth Avenue between West 47th and 48th Streets, next to Rockefeller Center. The property is 91.5 percent leased as of this May with its largest tenant, 21st Century Fox, occupying over one million square feet of space.

The single-borrower transaction’s $490 million AAA-rated benchmark priced at 130 basis points over swaps on August 7—five basis points tighter than the $660 million Barclays Bank and Cantor Commercial Real Estate Lending-sponsored BCCRE Trust 2015-GTP deal that saw pricing of 135 basis points over swaps. The pricing on these two most recent single-borrower deals comes amidst some the widest pricing the CMBS world has seen all year, especially in the conduit space.

Defeasance has been on the rise over the past year. Of the $91.4 billion in CMBS loans that were disposed of since July 2014, roughly 55 percent were defeased, according to a recent report from Trepp.

Mr. Barrie told CO that the increase in defeasance in recent years can be attributed to lower interest rates and recovery in property fundamentals.