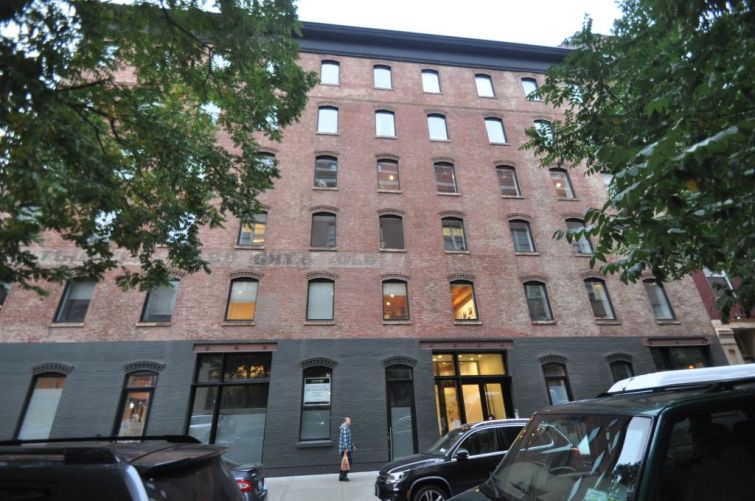 Ever since Ryan Serhant did one of Fredrik Eklund‘s signature high-kicks at the latter’s request, the stars of Million Dollar Listing New York have been pals. Today, Mr. Serhant and a member of Mr. Eklund’s team have brokered the sale of a duplex commercial condominium unit in Little Italy’s Machinery Exchange for $2.1 million, Commercial Observer has learned.

Manhead Merch, a full-service merchandise company catering to the music and entertainment industry, has bought the 1,707-square-foot condo with a half-bath from medical practice professional Charles Piccinnini at 136 Baxter Street between Grand and Hester Streets, according to brokers on both sides of the deal.

“Charles sold to invest in other properties out of state,” Ms. Cohen said told CO.

Unit 1B is half at grade and half below grade, and it has a half-bath. Mr. Piccinnini had rented the unit out to a software company for a while.

Ryan Serhant, a MDLNY co-star, and colleague Roya Cohen, both of Nest Seekers International, represented Mr. Piccinnini in the deal, which closed at 1 p.m. today. Raymond Dillulio, who is on the Eklund Gomes Team at Douglas Elliman, brokered it on behalf of Manhead. Mr. Dillulio said the company will relocate from space at 58 East 11th Street.

Manhead grew tired of renting and this unit became available. Combined, the costs of the financing and carrying charges are nearly the same as Manhead’s monthly rent on East 11th Street.

“Fortunately they were in a position to buy,” Mr. Dillulio said.

In 2007, Andreas Veith, the former CEO of Hypo Real Estate Capital Corporation, and art dealer Max Protetch converted the seven-story 1915 building into 14 condo units, and left the “Grand Machinery Exchange” logo on the side of the building. The building at one point was a warehouse for used manufacturing goods, according to Streeteasy, and prior to that was used as the stable for the police headquarters nearby.

The building now has 11 units, three of which are commercial. The Walking Dead actor Norman Reedus reportedly is a resident in the building.