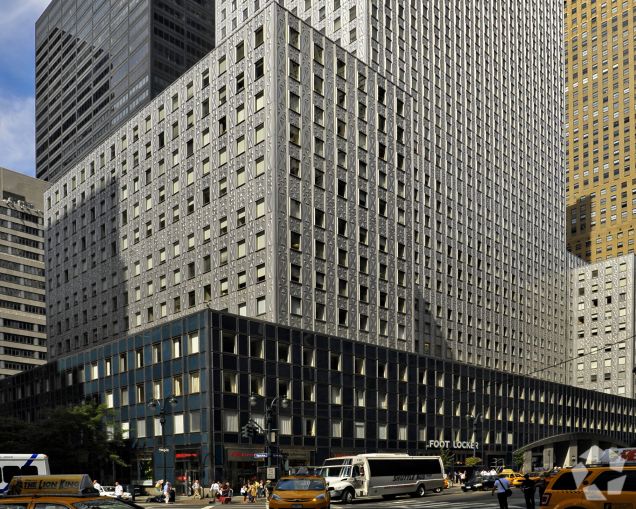 The additional space brings Dentsu’s total in the 42-story Midtown office and retail building to more than 206,000 square feet, as The Wall Street Journal first reported.

Dentsu, which already occupies the 12th through the 14th floors, is now taking the entire 11th floor with the expansion. Asking rents in the building range from the mid-$60s to the mid-$70s per square foot, according to a spokesman for DTZ, which handled the deal on behalf of the tenant.

“The additional 57,000 square feet of space allows Dentsu to create additional general office space to accommodate its rapid growth,” Chris Bendowski, vice president of real estate for Dentsu, said in prepared remarks. “The firm will add employee seating and meeting spaces across this newly leased floor to complement its other three floors in the building.”

Mount Sinai Health System signed a 32-year lease for 450,000 square feet lease of space on floors two through five as well as the ninth and 10th floors in the tower last year as well, as CO reported at the time. Wells Fargo is another tenant in the building.